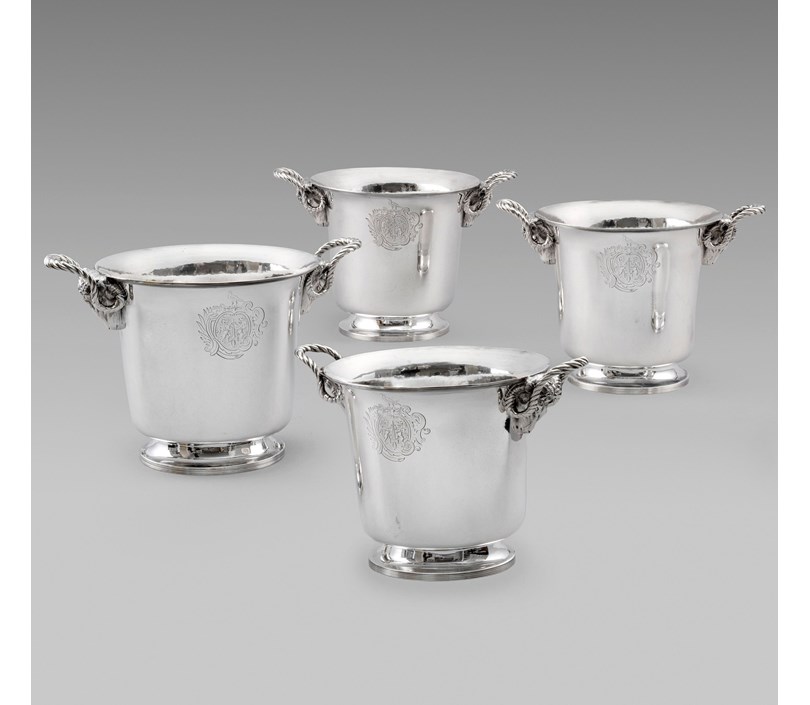 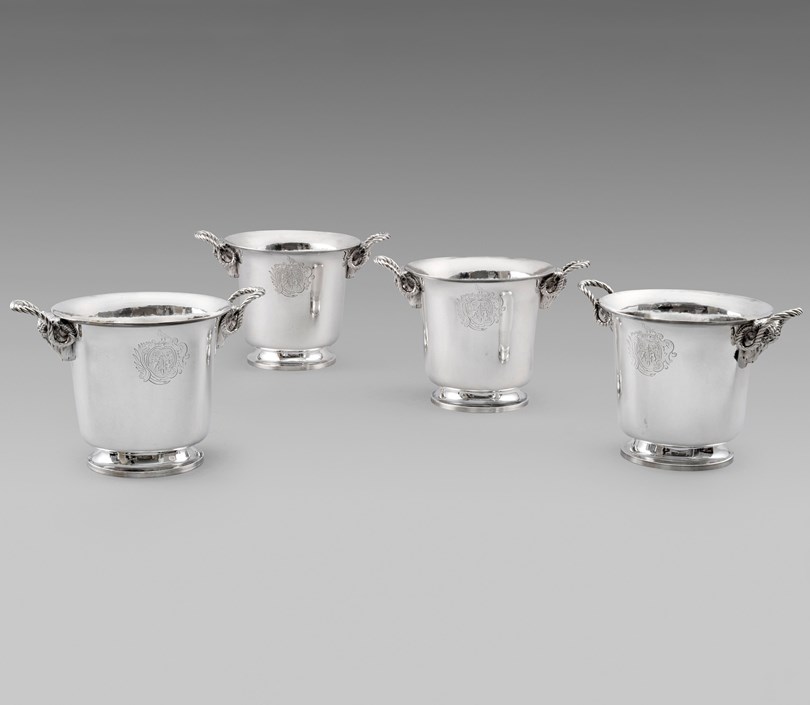 The arms are those Charles Carroll of Carrollton.

Each with ram’s head handles and engraved with a coat-of-arms.

These elegant wine coolers are amongst the earliest of this new form of wine cooler introduced from France in the middle of the eighteenth century. Sets of four ice pails from this period are exceedingly rare.

The arms are those Charles Carroll of Carrollton descended from the Ó Cearbhaill lords of Éile (Lords of Ely) in King's County (now County Offaly), Ireland. Carroll left his native Ireland around 1659 and emigrated to the colony of Maryland, St. Mary’s City. Charles Carroll became a wealthy Maryland planter and was a strong advocate for American independence from the United Kingdom – indeed he was the last surviving signatory and sole Catholic signor of the American Declaration of Independence. Although Carroll retired from public life and his political activity in 1801, he came out of retirement to help create the Baltimore and Ohio Railroad in 1827. On 4th July 1828, he performed his last public act with the laying of the cornerstone for the railway, which is now displayed at the B&O Railroad Museum.

Carroll’s Maryland estate, Doughoregan Manor, established in the early eighteenth century and identified as the largest parcel of land in Howard County, remains in the Carroll family today. From the 1970s, a portion of the Manor’s sprawling grounds, including the main house was designated a National Historic Landmark. 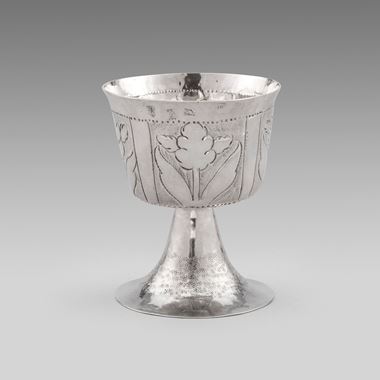 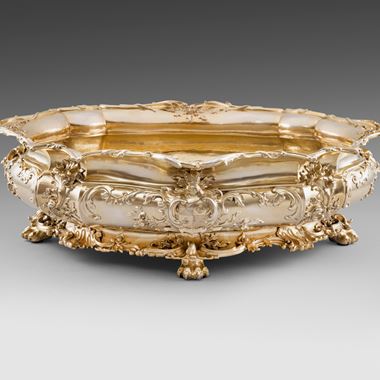 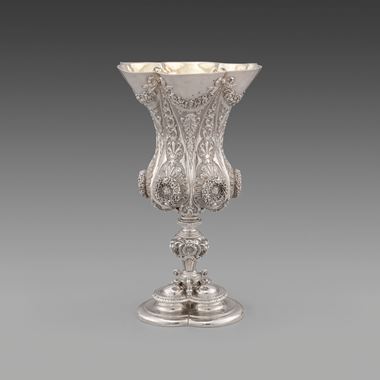 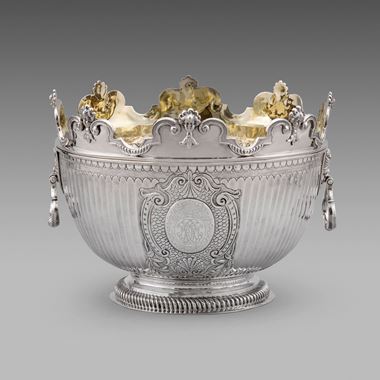