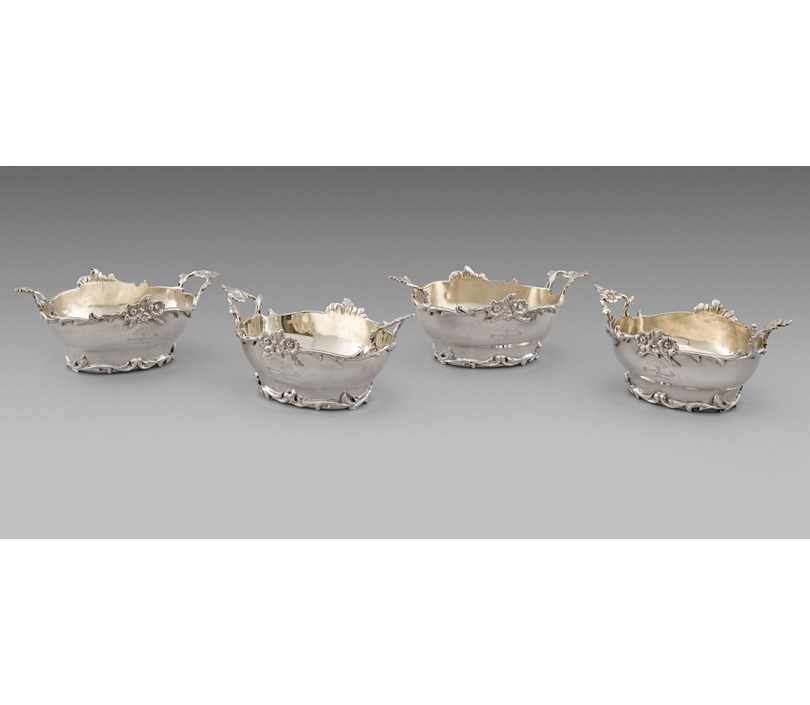 Basket shaped with foliate border and handles. These salt cellars are modelled after baskets of the 18th century that one finds in Holland. 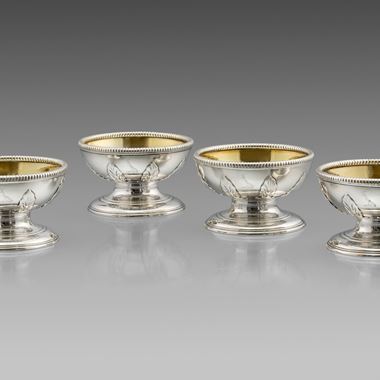 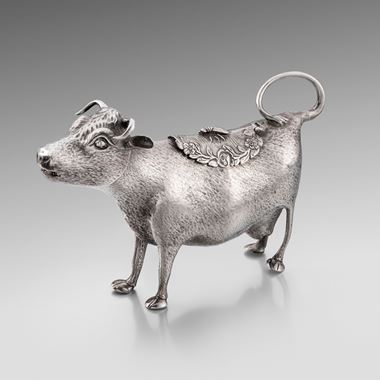 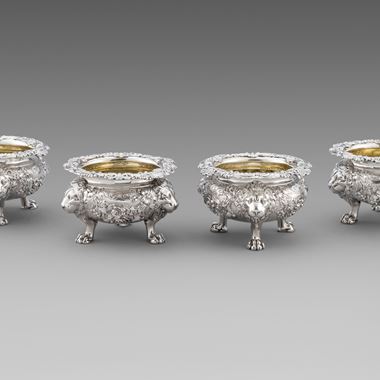 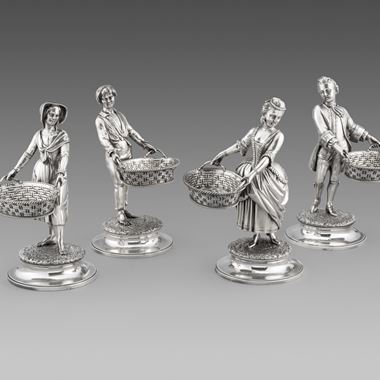