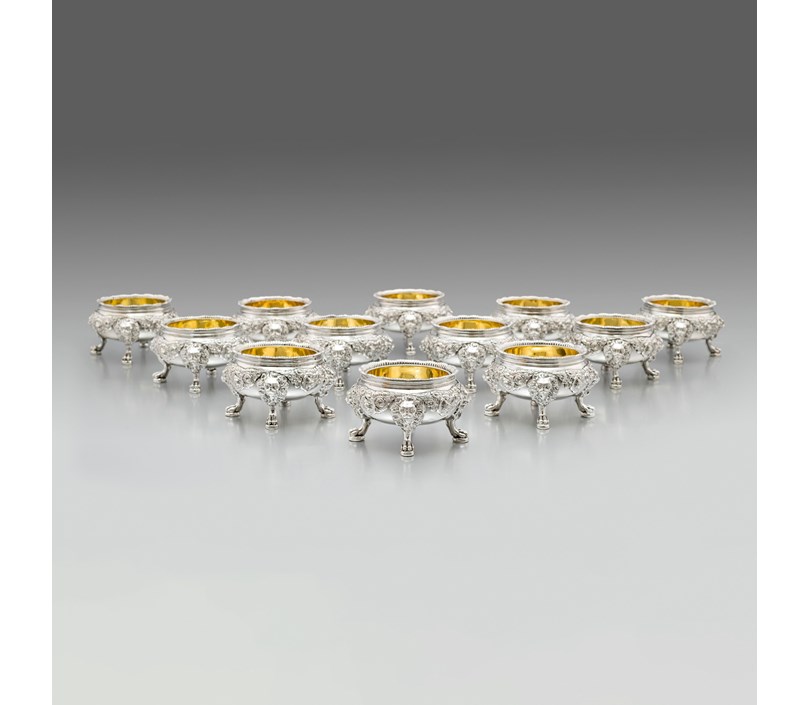 The compressed circular bodies, of unusually large size, each applied with four cast festoons of flowers between as many lion mask, paw and bun supports. The undersides engraved with a crest below a marquess's coronet, complete with twelve detachable silver liners with gilt interiors, the salts and liners numbered 1 to 12 11cm.

George Wickes was goldsmith to Frederick, Prince of Wales. His business in Panton Street, London changed management several times before Robert Garrard Senior. (1758.1818) joined partnership with John Wakelin in 1792; on the latter's death, 1802 Garrard took sole command of the firm which remained within the family for the next 150 years. Robert Snr. was succeeded by his sons, Robert Jnr. (1793-1881), James (1795-1870) and Sebastian (1798-1870) of which Robert was the driving force, rapidly developing Garrard and Brothers (1818-C.1835) into one of Europe's most prestigious silversmith firms. On King William IV's accession, 1830 Garrard's succeeded Rundell and Bridge as Crown Goldsmith and were appointed Crown Jewellers in 1843. 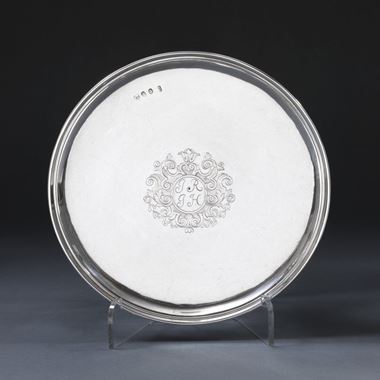 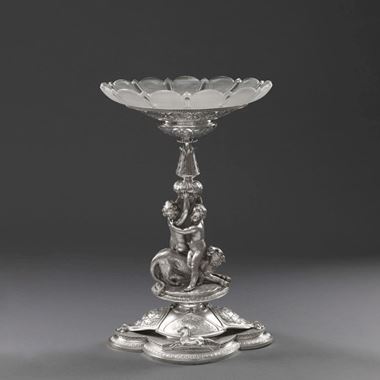 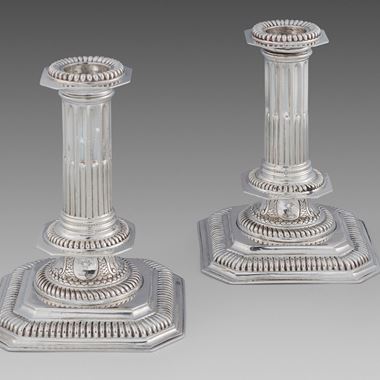 A Pair of Square Base Column Candlesticks 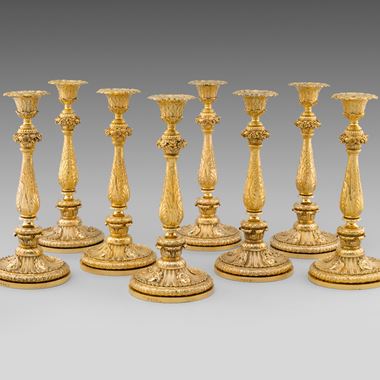