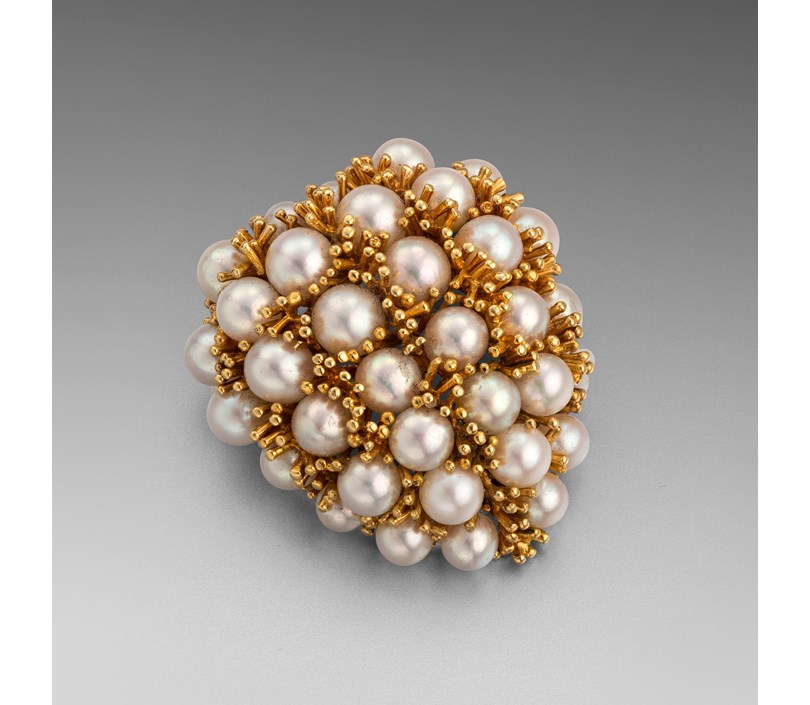 Designed as a heart, set with cultured pearls within textured gold wire borders.

David Webb (1925-1975) was one of America’s greatest Jewellers. The Company David Webb was founded 28th July 1948 and its 2 West 46th Street premises was host to many notable clients, including Elizabeth Taylor, Jacqueline Kennedy Onassis and Barbara Streisand.

Hailing from North Carolina, Webb was a self-taught designer whose most distinct designs were based on animals and natural form. He began designing jewellery as a young boy and was apprenticed in his uncle’s silversmith shop; it was during this time that he learned metal smithing techniques.

Though he is best remembered for his animal and nature inspired designs his design legacy stretches far beyond this subject matter. Particularly, his Art Deco pieces that combine diamonds, enamel, and south sea pearls resulted in both striking and textural designs that remain true to modern sensibilities.

His aesthetic was marked by his bold use of colour, dimensions, and meticulous attention to detail. Webb’s designs also include carved crystal and abstract enamel designs, mixed with an eye-catching combination of diamonds and semi-precious stones. Other important influences in Webb’s design included Fabergé, Cellini, and other master jewellers from the 1800s and early 1900s, particularly those who conceived of jewellery as art, not a commodity.

David Webb died tragically young in 1975, leaving behind a rich archive of jewellery design; his vision preserved even today by his original business partner Nina Siberstein, and family. 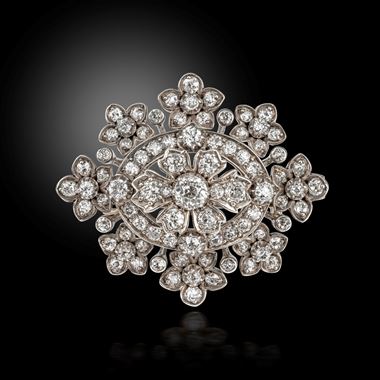 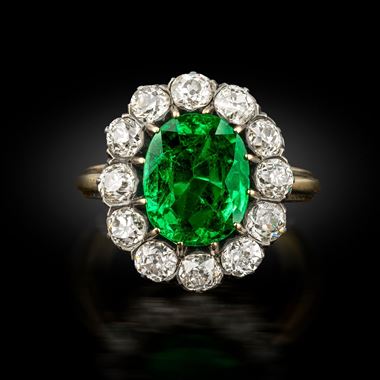 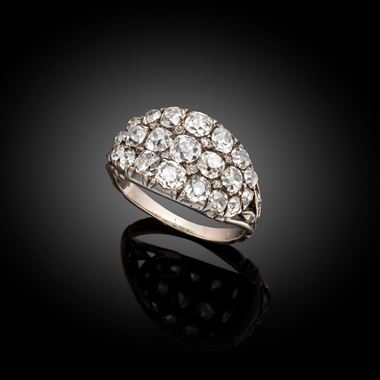 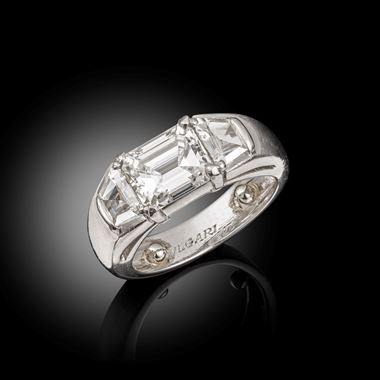