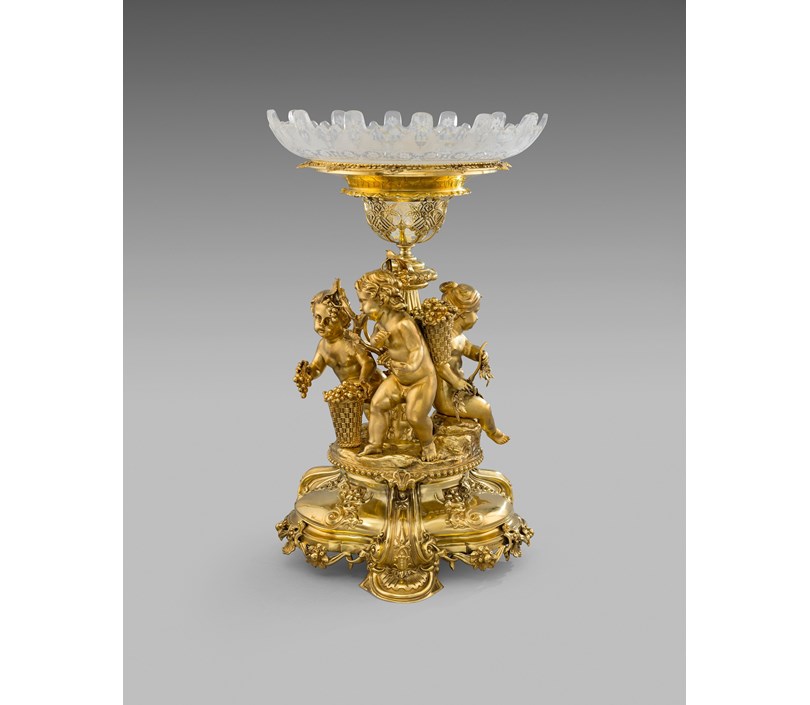 The polylobate base in the Neo- Rococo style, with floral swags and cartouches. The central stem with three figures of vintaging putti around a stem supporting a cut and etched glass bowl. 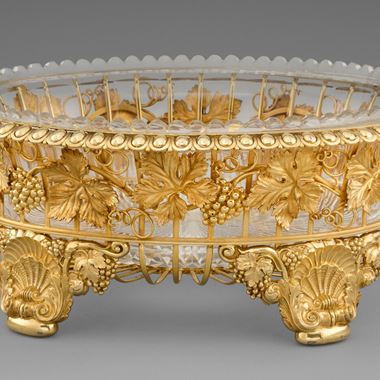