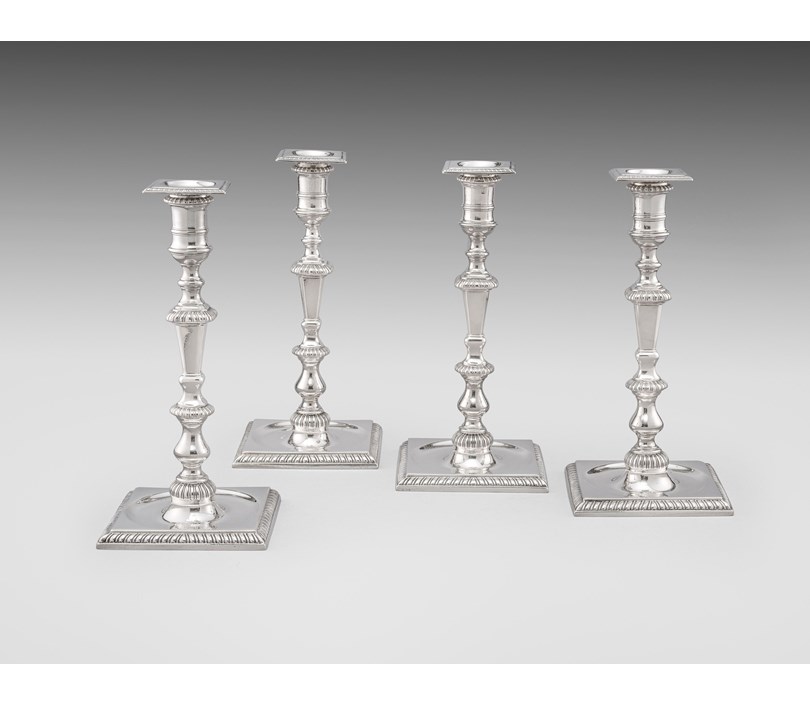 Bearing the crest of Lord Graham, Duke of Montrose.

Of square shape base with gadrooned border and baluster stem. On the base the crest of Lord Graham, Duke of Montrose. 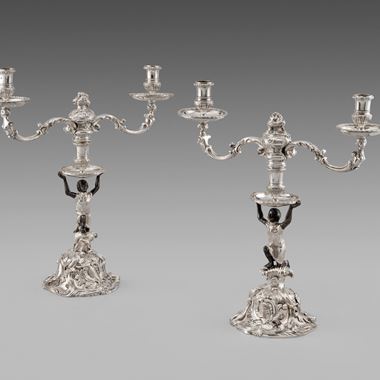 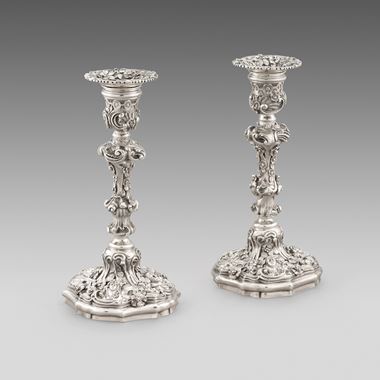 A Pair of Ornate Candlesticks 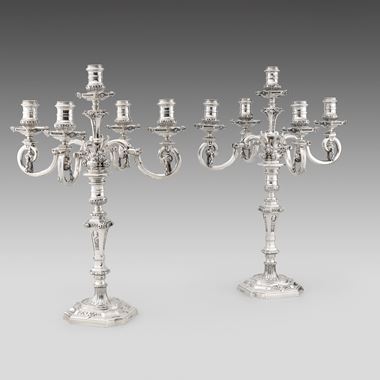