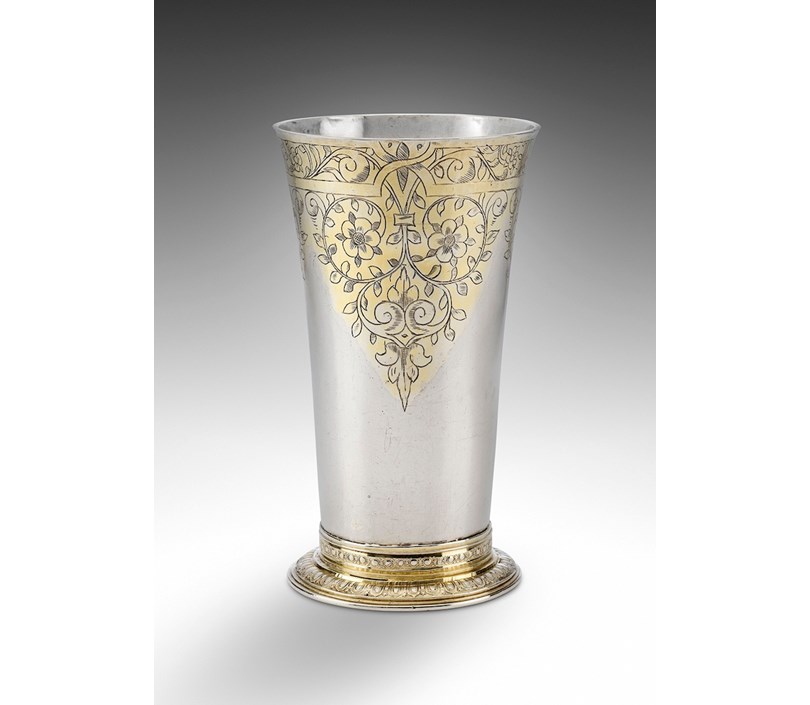 On spreading foot stamped with egg-and-dart border, the tapering body applied on the lower part with a band stamped with circles and engraved around the rim with a band of scrolling foliage above three triangular panels of flowers and scrolls, marked underneath.

The Cosier beaker is in remarkable condition with finely engraved flower and scroll ornament heightened by delicate gilding. This type of beaker remained a popular form from the 1580s until the mid - 17th century in England and also throughout Northern Europe, as can be seen by the numerous representations of similar beakers in the still life paintings from the Low Countries. The engraved ornament on the Cosier beaker, in common with its shape, is also found on English beakers and examples from the Low Countries. Yvonne Hackenbroch, in her English and other Silver, The Collection of Irwin Untermeyer, New York, 1969, p. xvii, fig. 6 suggests a possible source for the floral strapwork when discussing a beaker of 1599, cat. no. 18. She illustrates the title page of a pattern book for silversmiths executed by the Dutch draughtsman and map maker Claes Janszoon Visscher (1587-1652), with designs by an anonymous artist P. R. K., Spits - Boeck Dienstich den Gout en Silversmeden om te Snÿdenen Dröven door P. R. K. , published in 1617. 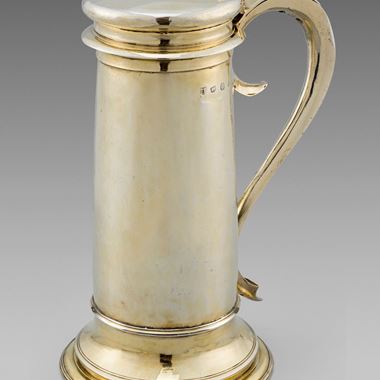 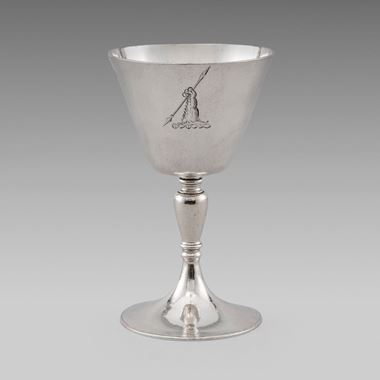 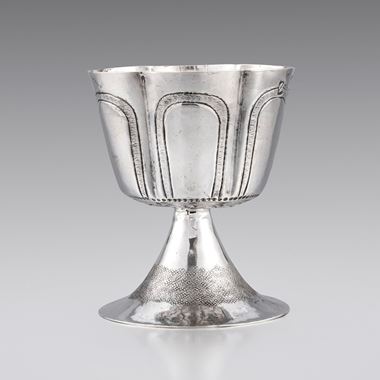 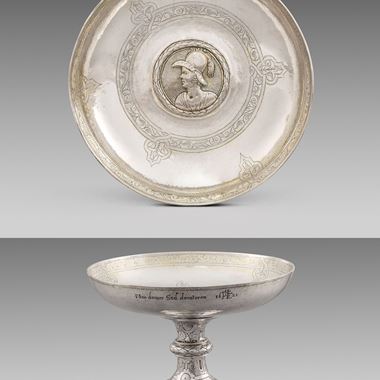