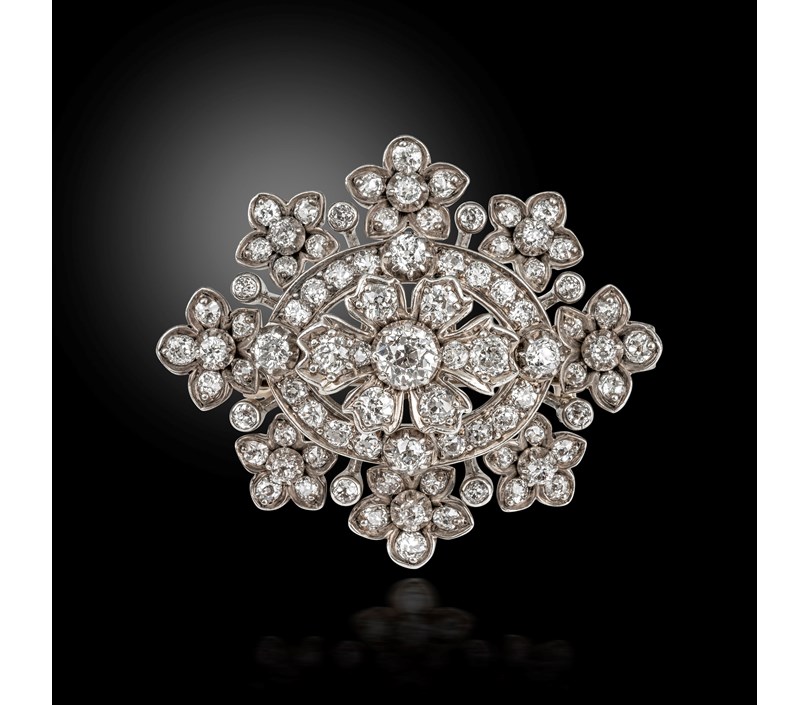 Of radiating floral design, set with circular-cut and cushion-shaped diamonds, mounted in silver on gold.
Circa 1880
Unmarked

In the second half of the 19th century, the jewellery industry benefited from the discovery of an important new deposit of diamonds in South Africa. The discovery of the mines came in 1867, when a stone was found by the young Erasmus Jacobs on his parent’s farm on the south bank of the Orange River. The unassuming stone wasn’t immediately recognised as a diamond by the boy or his family – it was only when the stone was examined by a local physician and amateur geologist that its true identity was recognised – a 21.25 carat diamond, which was displayed at the 1867 Paris Exhibition, and christened the ‘Eureka’.

As the diamond’s name suggests, the discovery was monumental – the diamond ‘pipe’ (the name given to the shape of the geological formation of the kimberlite – the host rock) transformed jewellery design towards the end of the century. While diamonds had previously been in extremely short supply, found on riverbeds in India and Brazil, now a reliable and (by previous standards) abundant source of new stones came onto the market. The result was an unprecedented explosion in the popularity of diamond jewels.

Dating from circa 1880, this brooch has clearly benefitted immensely from this new South African supply, its surface glittering with an array of diamonds in a mixture of cushion-shaped ‘old mine’ and circular ‘old European’ cuts, arranged in a pleasing floral design. Typically for important jewels of this period, the brooch is also fitted with a retractable pendant loop, allowing it to be suspended from a necklace, adding an extra layer of versatility. This glamorous and beautifully made jewel from the height of the diamond age would make a fantastic addition to anyone’s jewellery collection. 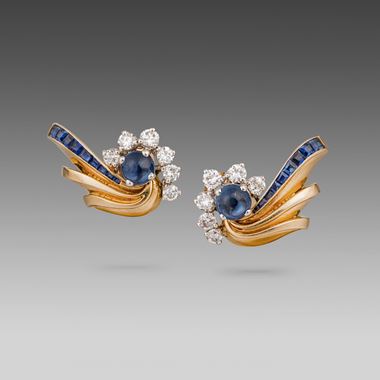 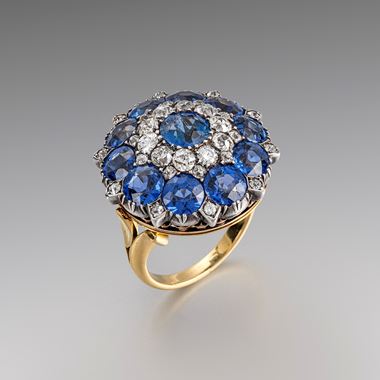