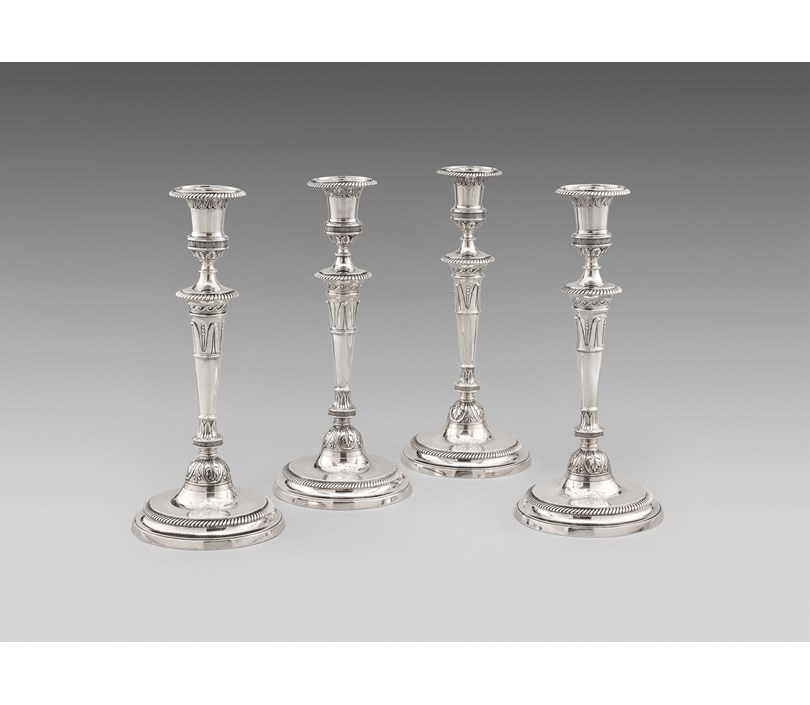 Bearing the crest of the Pepys Cockerell family.

This is a highly important set of four silver caste candlesticks made by the master candlestick maker, John Scofield in London in 1796. All four candlesticks have been beautifully crafted in a combination of the late 18th century Neoclassical style. Unlike many from this period these candlesticks are caste and not filled which was a sign of the highest quality.

The decoration on these candlesticks is inspired by ancient designs with the waves and acanthus leaves. The designs are a combination of late 18th century Neoclassical designs which is certainly the most elegant, but they also have a nod to the regency with the lovely gadrooned edges which give these candlesticks such an impressive presence. Also being late 18th century the scale and weight of them are so much better than earlier examples. They are all fully hallmarked and all have their original scones which not only bear the family crest but also a full set of original hallmarks.

This set was made by John Scofield who was one of if not the most prolific candlestick maker at the end of the 18th century and examples of his work are in museums across the world.

This set of candlesticks bears the crest of the Pepys Cockerell family. They were almost certainly made for the great nephew of the very famous diarist and statesman, Samuel Pepys. Samuel’s great nephew, also Samuel, was a famous architect at the turn of the 19th century and he built the still iconic Sezincote House in the South of England. This building was so loved by the Prince Regent, later King George IV that it became the main inspiration for the Brighton Pavilion which was the Kings most cherished residence.

These candlesticks have then descended through the family since 1796 until we acquired them. In today’s world it is almost unheard of to acquire pieces that have been in one family since new, especially objects of that age. 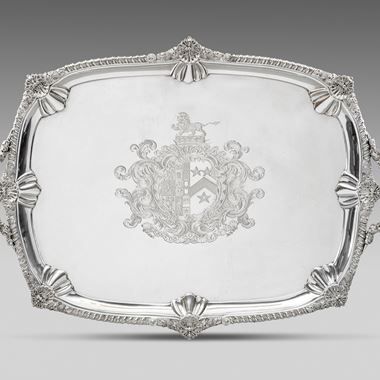 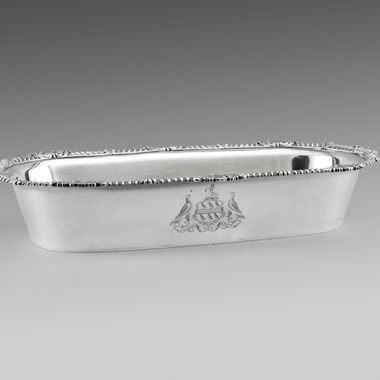