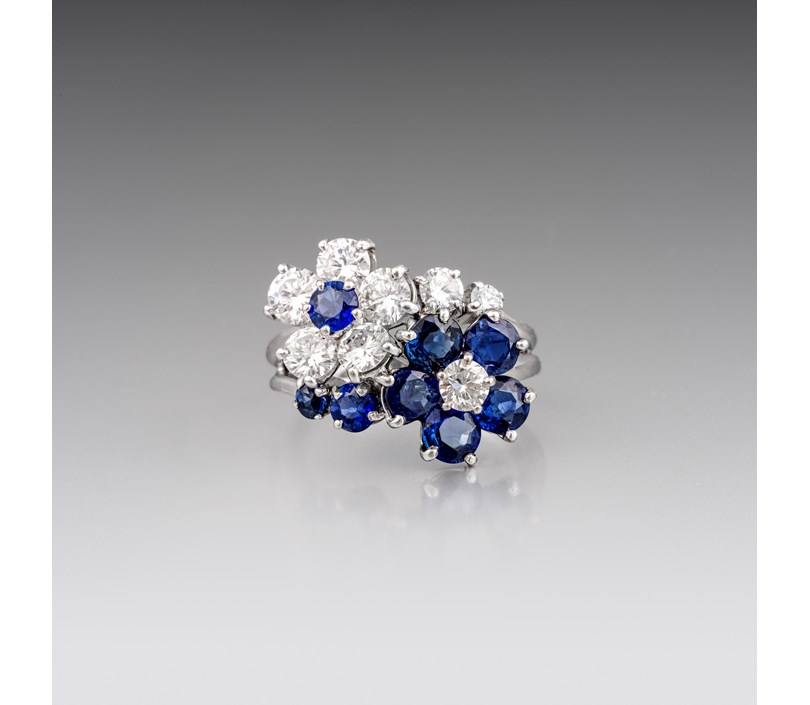 Designed as a pair of forget-me-not flowers set with circular-cut sapphires and brilliant-cut diamonds.

The jewels of the 1950s and 1960s jubilantly reflected the optimism of the post-war era. After the calm, geometric austerity of Art Deco, jewellers once again embraced asymmetry and figural motifs, returning to a lavish use of diamonds and coloured stones as supply chains were re-established and the sumptuary laws of the wartime era were relaxed. As women’s clothing shifted to the more romanticised ‘feminine’ look characterised by corseted waists and voluminous skirts, jewellery followed suit in an explosion of exuberant designs of flowers, birds, butterflies and ribbon scrolls. This ring, with its asymmetrical arrangement of sapphire and diamond flowers is a particularly charming example of these lavish, romantic jewels.

One of the most prominent jewellery houses of the 20th century, Cartier was naturally at the forefront of jewellery design in this era, alongside their prominent rivals Van Cleef & Arpels. A floral bouquet brooch with similarly treated sapphire and diamond flowers by Cartier London, dated 1959, is illustrated in Amazing Cartier, Nadine Coleno, Flammarion Paris, 2009, p.108. 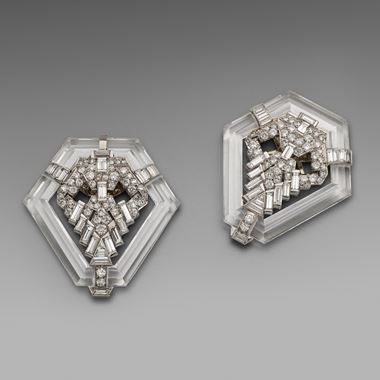 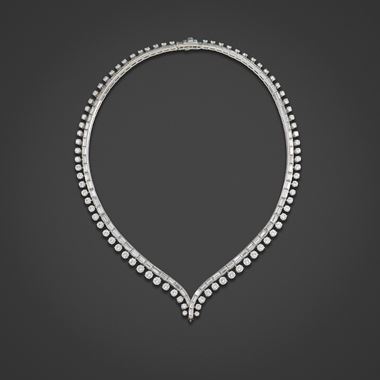 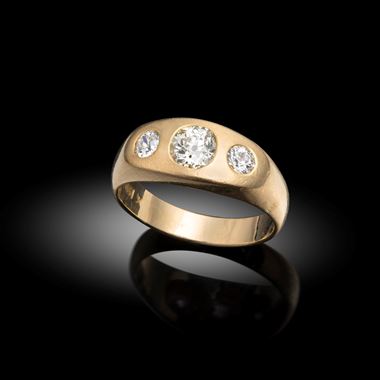 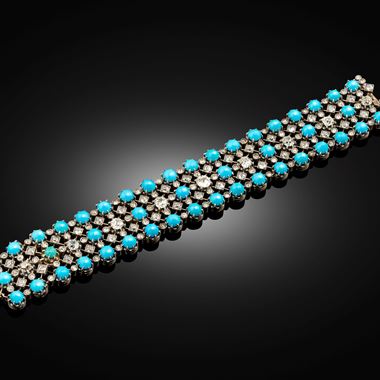 A 19th century turquoise and diamond strap bracelet, circa 1850