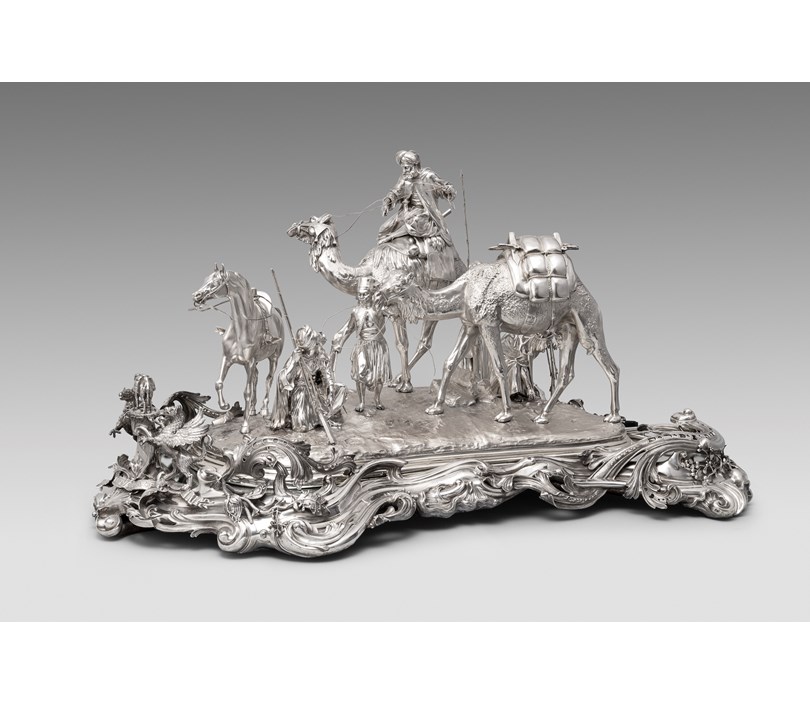 A large Victorian shaped-oblong centrepiece and mirror plateau, the plateau
cast and chased overall with scrolls, foliage, and sprays of fruit and at one end cast and
applied with the arms of the Grocers Company, the centrepiece formed as Arabs, camels, and a stallion on a textured ground

The early years of this important firm of manufacturing and retail jewellers and silversmiths have been thoroughly investigated by Elaine Barr in her admirable account of the life and career of its founder, George Wickes. A certain amount of information is readily available about his successors, the most reliable being that given by Arthur Grimwade in his London Goldsmiths.

The definitive history of the business, however, has yet to be written, the following being a sketch of their endeavours since the beginning of the 19th century. When Robert Garrard (senior) took sole control in 1802 the business had already been established in Panton Street, Haymarket, for sixty-seven years. Upon his death on 26th March 1818, he was succeeded in business by his three eldest sons, Robert Garrard (junior), James Garrard and Sebastian Garrard trading as R., J. and S. Garrard, otherwise Robert Garrard and brothers. James Garrard, who was born on 13th June 1795 and eventually became Prime Warden of the Goldsmith's Company in 1847/8 and 1850/51, appears to have retired from the firm c.1835. From then until 1843, the year in which they succeeded Rundell, Bridge & Co. as Crown Jewellers, Robert Garrard (junior) and Sebastian Garrard continued trading under the style of R. & S. Garrard.

They were then joined in partnership by Samuel Spilsbury, who retired on 1st January 1847 or 1848, trading under the style of R. & S. Garrard & Co. Robert Sewers who subsequently joined as partner retired on 29th September 1859. Sebastian Garrard, who was born in 1798, died on 11th November 1870, and John Peter Dexter, who appears to have been a partner at this time, died on 17th October 1871 when he was described as a goldsmith of 31 Panton Street. Upon the death of Robert Garrard (junior) (13th August 1793-26th September 1881) the management of the business at 29 Panton Street, Haymarket, passed to his nephew, James Mortimer Garrard, who was joined in partnership with Benjamin Whippy Garrard and Thomas Warrington. The latter retired on 31st March 1884. Following J.M. Garrard's death, the business at 25 Haymarket and 29-31 Panton Street, was continued by his son, Sebastian Henry Garrard, as senior partner. The other partners at this period were Henry C. Pearson, Henry J. Bell and Maurice Whippy Garrard. R. & S. Garrard & Co. was converted into a limited liability company under the style of Garrard & Co ltd registered on 18th March 1909, the first directors being the aforementioned partners and Charles Edwin William Newbiggin. They are now a subsidiary of Mappin & Webb Ltd., a division of Sears Holdings Ltd. 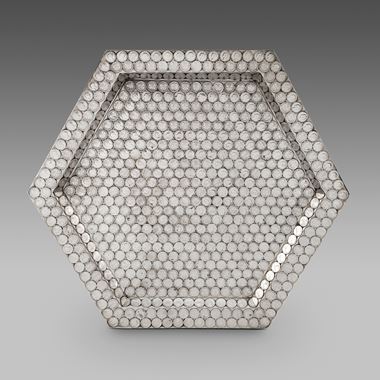 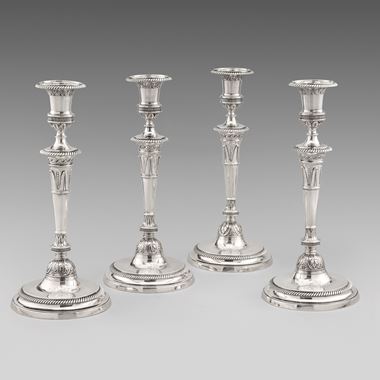 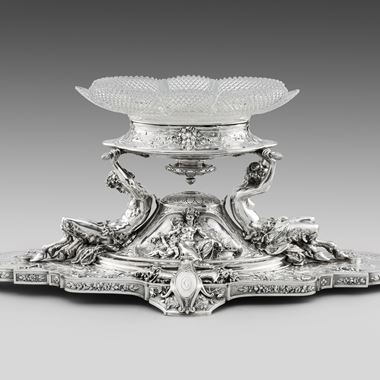 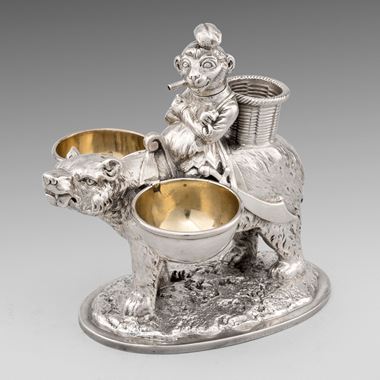