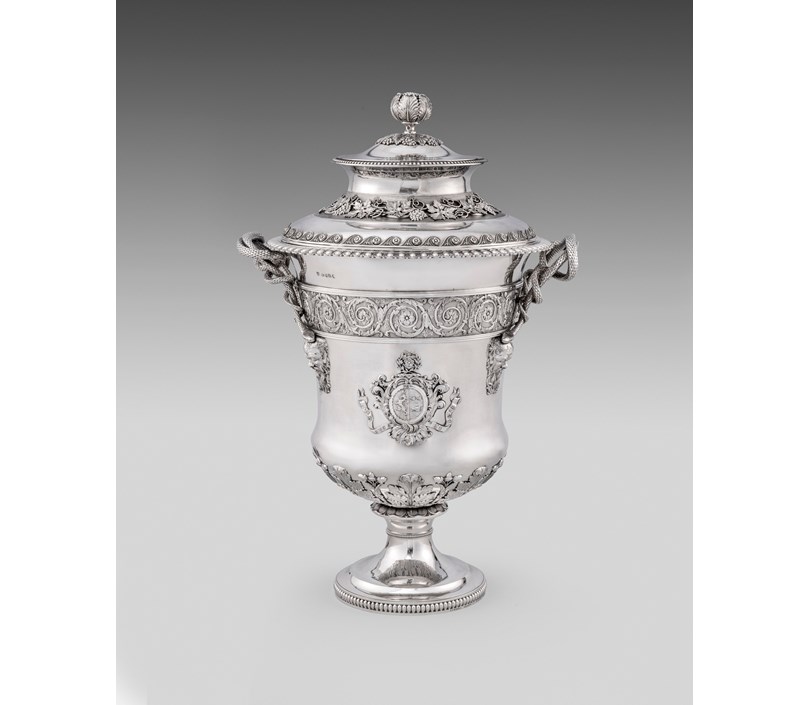 With a cast and applied coat-of-arms for Horton, Chadderton County Lancashire the 2nd son

The cup on a round beaded pedestal foot. The bottom on the cup with acanthus and oak strapwork. The middle with a frieze of Vitruvian scrolls. The handles formed as twisting serpents terminating in Bacchic masks
The cover with similar Vitruvian scrolls and with a cast and applied band of grape and vines. The artichoke finial on grape and vine cast mount. 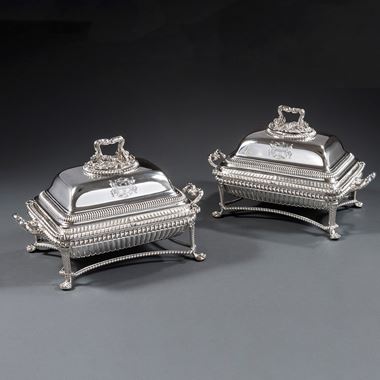 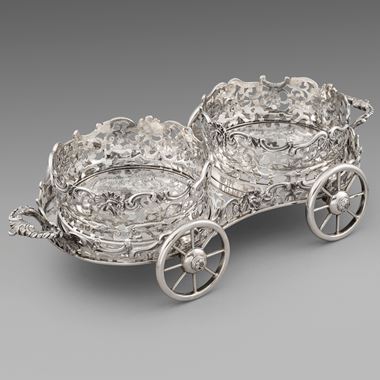 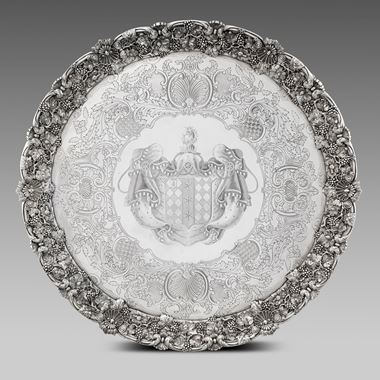 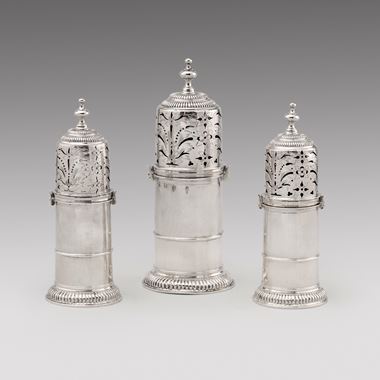