Son of Humfry Pyne late of St Mary Ottery in the County Devon gentleman deceased, apprenticed to George Bowers 23 October 1667 for eight years. Free, 1 September 1676. The unusual mark of a single letter P under a crown, which is found shortly after 1680, appears on the 1697 copperplate at the Goldsmith's Hall, and reappears after 1720, again unentered, can safely be attributed to him. His only authenticated marks are two entered as a largeworker, undated, probably entered in 1697 on commencement of register. Address: St. Martin's Le Grand. Heal records him as Goldsmith, George Street 1693-6; St Martin's Le Grand, 1697; and London, 1700-27. He can almost certainly be identified with the Benjamin Pine of St. Leonard, foster Lane, married to Sussana Salsbury of St. Bridget, London at St. Lawrence Jewry, 25 December 1682. The register of Christ Church Newgate, contains baptismal for six sons and two daughters of Benjamin and Sussana Pine between 1683-99, of whom all but one son and one daughter were buried in near infancy. In 1685 Pyne was working for Sir Richard Hoare, as his account for 14 September that year includes 'A chocolate dish of Esq Peypes' (Hilton Price, handbook of London Bankers) whose private account was kept at Hoare's from 1680 till 1701. He signed the petition against the work of 'aliens or foreigners' 11 August 1697 and in 1699 he was elected Renter Warden but paid £30 fine to be excused office. Court, May 1703. Warden, 1715, 1720 and 1721 and Prime Warden, 1725. He held the position of Subordinate Goldsmith to the King for the coronation of George I only. His son Benjamin was apprenticed to him 21 October 1708, free 8 May 1716 and was elected Assistant Assayer in 1720. This Benjamin II is not apparently identifiable in the register of Christchurch Newgate, referred to above. The first entry is for Benjamin dau. (sic) of Benjamin and Sussana Pine, baptized 1683 and buried 1688. The next use of name is for a son born January 1692/3 and buried 1 August 1694, and there is no further record of another of the same name. It was quite usual at that time to re-use names of dead children on another occasion and presumably Benjamin II was baptized elsewhere. By the end of the seventeenth century Pyne was obviously, from his surviving work, in the front rank of London goldsmiths and with Anthony Nelme shared the main responsibility of upholding native standards against Huguenot competition, although like Nelme it is more than probable that he employed (or bought up and remarked the work of) the latter to some extent. His connection with Hoare's bank may well have continued for some considerable time and perhaps be responsible for the number of orders for municipal maces and regalia and church plate he received. However the end of his life was sad. On 17 January 1727, when he must have nearly been 75, he resigned from the Livery and petitioned with others for the place of Beadle to the Company, vacant by the death of John Bodington, and was elected the same day to the post. He was buried at Christchurch, Newgate, 9 April 1732 and on the 23 June 1732 the Court of Assistants received a petition from 'Mary and Ann Pyne, Daughters of the late beadle Benjamin Pyne deceased, in effect setting forth that their father had faithfully served all offices in the Company and after many years trade was reduced so that he dyed in debt tho he had been beadle some time. That the petitioners were educated and maintained with hope of a decent provision and not brought up to any business & are now destitute of any support & uncapable of getting their bread & therefore pray for such annual pencons or other Relief as the Court shall think fitt' They were accordingly awarded a £5 each immediately and their case referred to the next Court for further relief under the Middleton Charity. They received annual payments of £5 until 1734, after which names are omitted in the court minutes. The two daughters were made free by patrimony, 7 February 1737/8, after the death of their brother Benjamin II, who in 1737 had also presented a petition to the company, when he was described as Common Assayers Assistant, that 'he has served 16 years in a place of great trust which is very laborious and requires a constant attendance and is very prejudicial to his eyesight and health; that he had been appointed to retry the plate in doubt which tho' a favour is adding much more to the Petitioners care and charge and he hopes he may ask leave to have his salary augmented, which is so small that in case of sickness he should find it hard to support himself and that as he has never given the Court any trouble for so many years he hopes they will take it into consideration and raise his salary to £70 a year or what the Court shall think proper'. As a result his salary was raised to the sum asked, which was a considerable concession since after his death the new assistant was appointed at only £45. Both Benjamin Pyne senior and junior appear jointly as lessees of a property in Yapton, Sussex from one Lawrence Elliot of Yapton Place, 5 November 1718. 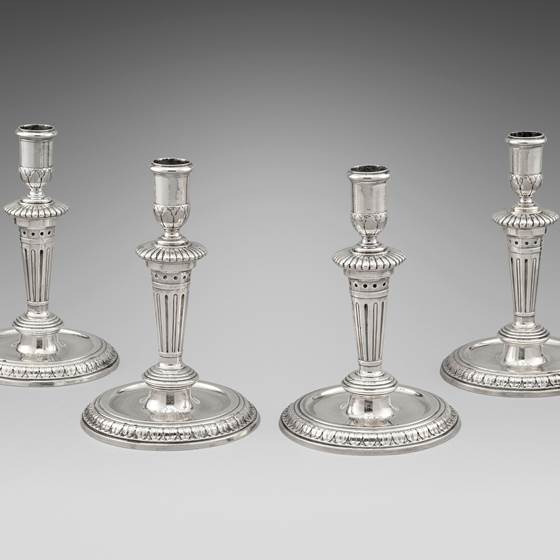