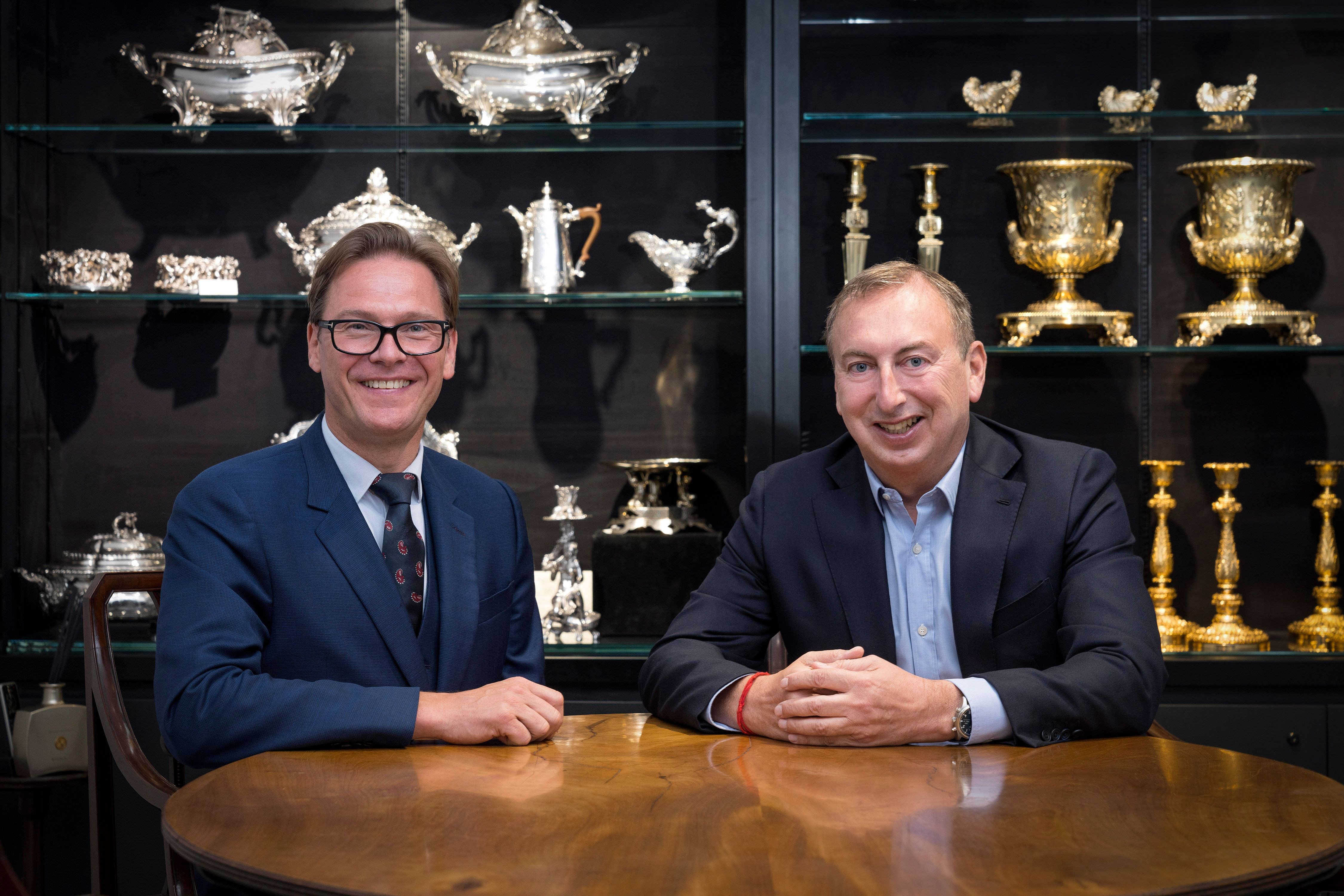 'Koopman Rare Art is one of the world’s leading dealers specialising in antique silver, gold boxes and objects de vertu. The company was founded by brothers Jacques and Eddy Koopman in 1952 and, after trading at the entrance to The London Silver Vaults on Chancery Lane since 1969, Koopman Rare Art has now moved to Mayfair at 12 Dover Street. We specialise in antique English silver, seeking the finest quality works especially by the Royal Goldsmiths Rundell Bridge & Rundell. However, we also have a keen eye for Chinese, Modern and Continental silver.

Lewis Smith and Timo Koopman, directors of Koopman Rare Art share a wealth of knowledge and expertise. Together they are able to source the highest quality objects by some of the leading master craftsmen in silver, such as Paul Storr, Paul de Lamerie and Benjamin Smith. We understand the importance of provenance research and pride ourselves on thorough academic study providing clients with works of the finest quality and design which can be trusted. We work closely with collectors providing professional advice, free shipping around the world and information on care management. If you have an interest in antique silver, be it idle curiosity or a hunger for owning the best, Koopman Rare Art are at your service.

As London’s pre-eminent antique silver dealers Koopman Rare Art have formed some of the most celebrated collections of antique silver in the world including those of His Excellency Mahdi Mohammed Al Tajir and the private collection of Australian businessman Kerry Packer. In addition, we have sold and continue to sell important antique silver to major museums including the Metropolitan Museum of Art in New York and the Victoria and Albert Museum in London.

Koopman Rare Art have an international client base regularly visiting collectors in the Americas, Asia and Europe. We also have a major presence at annual antique fairs across the world, Masterpiece in London, TEFAF Maastricht, Fine Art Asia Hong Kong and The Winter Show New York. Keen to share our love for silver, Koopman have hosted several exciting loan exhibitions at the gallery in London, including ‘Art in Industry: The Silver of Paul Storr’ in October 2015. The exhibition provided a fascinating insight into Paul Storr’s achievements and the catalogue sponsored by Koopman Rare Art aided the Victoria & Albert’s acquisitions fund.

Sales of important collections such as the Earl of Harewood’s in 1965, Sir William Butler’s in 1968 and Mrs Faye Plohn’s in 1970, released stunning riches of Regency silver and silver-gilt onto the market. My late great uncle Jacques Koopman recognised the great potential that lay in the beauty and workmanship of Regency silver and it is Jacques who can be credited with inspiring an entire generation of silver collectors to appreciate the beauty of this sculptural silver.

This tradition built up by Jacques and my late father Michael, is continued by my partner, Lewis Smith and I. As directors of Koopman Rare Art we operate London’s pre-eminent antique silver dealers from our extensive premises at 12 Dover Street. Koopman Rare Art have been members of the British Antique Dealers Association for many years and in 2004 were awarded the British Antique and Collectables Award for Specialist Dealer.

Items as simple as a single tea pot, a decorative centrepiece or a dining room object can enhance your home. On our website you will find such items together with exceptional jewels, objects of vertu, such as items by Cartier or Fabergé, magnificent gold boxes, Viennese enamels and micromosaics - little gems that would lift anyone's spirit. Indeed if you are looking to purchase, sell or further your knowledge in any of these specialist fields please feel free to contact us. However, there is nothing quite like handling and seeing these delights in person and we cordially invite you to visit our premises at Dover Street or at one of our shows.

Over the years we have built up some of the most important private collections of silver. We have worked closely with museums, both here in England and internationally. In 2014, The Victoria and Albert Museum acquired from us a Royal Christening gift of George II, presented to his God daughter. Also worthy of note and enabled by the Mrs Patricia Hurst Bequest Fund, Leeds Museums and Galleries, Temple Newsam House, acquired from us a wonderful Elizabethan silver-gilt cup and cover made in London in 1578 by Afabel Partridge. It has an extremely interesting history and provenance, having been owned by the great collector J.P. Morgan and exhibited as early as 1862.

We have also hosted exciting loan exhibitions here at our gallery. In 2005 our Rundell Bridge and Rundell Exhibition in aid of the Princes’ Trust charity, included eight royal loans from Her Majesty Queen Elizabeth II. In 2010 Koopman Rare Art mounted The Classical Ideal Exhibition in association with the Sir John Soane Museum. Their surviving collection of distinguished drawings by the most esteemed architects and designers was a rare opportunity to display original architect’s drawings alongside the silversmith’s masterpieces. With thanks to all of the private and public lenders who made the exhibition as successful as it could have been. In October 2015 Art In Industry: The Silver of Paul Storr provided a great insight into Paul Storr's achievements and the book sponsored by ourselves aided the Victoria & Albert's acquisitions fund. These exhibitions provide a forum for collectors, curators and dealers alike to exchange ideas and compare knowledge. 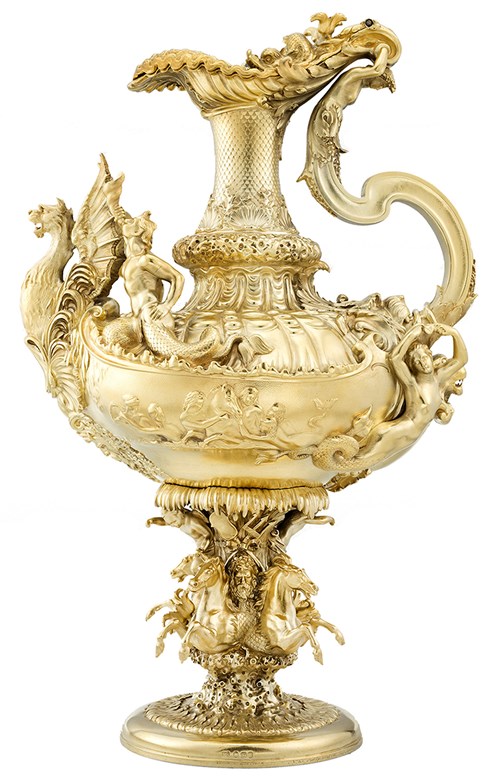 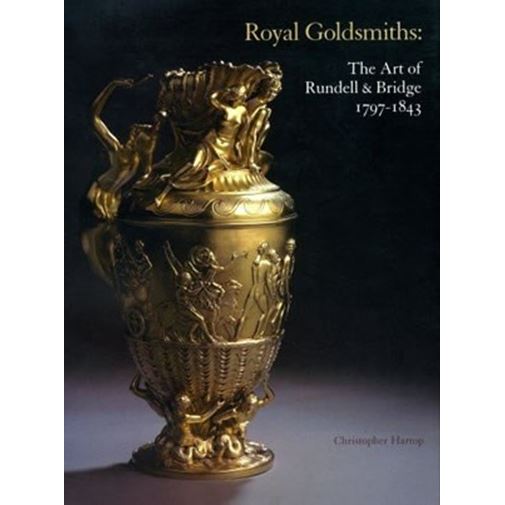 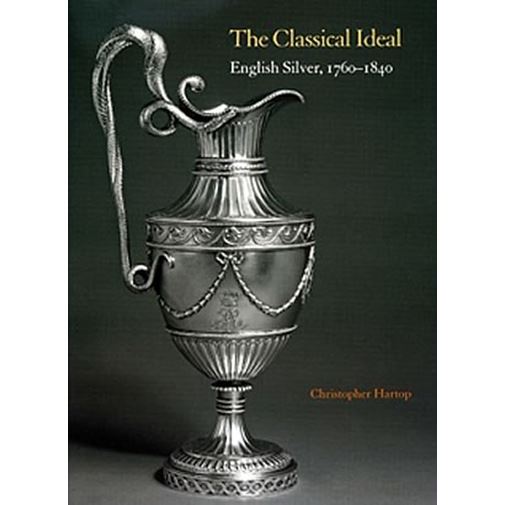 Exhibition ‘Paul Storr, An Exhibition of his Life’s Work’ 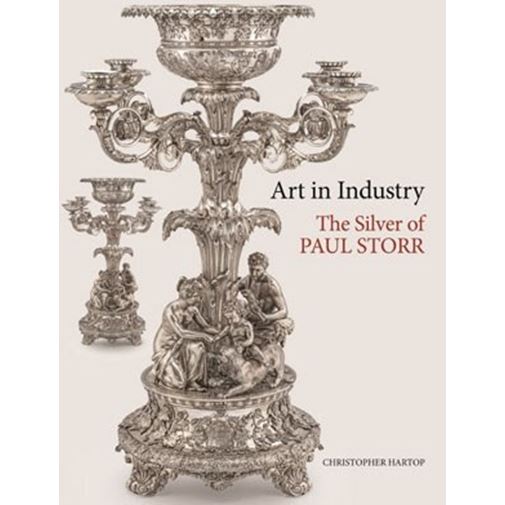 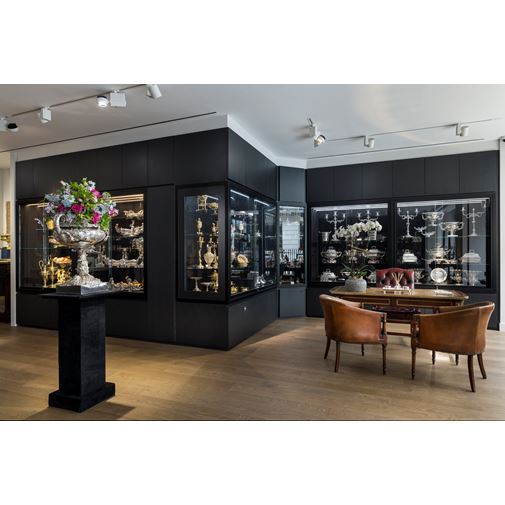 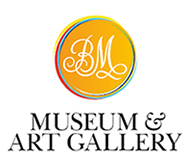