Son of Ralph Smith of Birmingham, born 15 December 1764. Married firstly, 8 October 1788, Mary Adams at Egbaston parish church. Apparently to be identified with 'Mr. Smith' introduced through James Alston, on recommendation of 'Mr Nevill,' to Matthew Boulton at Birmingham, (Letter dated 18 May 1790. Birmingham Assay Office), then described as 'an Ingeneous Chaser.' By September 1792, the firm of Boulton and Smith, latchet manufacturers was in existence, from the evidence of a specification endorsed 'Smith Buckle Invention' signed James Smith, from which it is clear that both Benjamin and James were with Boulton. In March 1794 they were joined by John Lander, jeweller, who had invented an 'Elastic Shoe Latchet', when Benjamin and James are button makers. Disagreement developed in 1801 when Benjamin threatened to withdraw and go to London and a new partnership was drawn up between Boulton and James in 1802. On 1st February 1802, Benjamin married secondly Mary Shiers at Greenwich Church, by which time he was presumably setting up the workshop there. First mark, in partnership with Digby Scott, 4 October 1802. Address: Limekiln Lane, Greenwich. Second mark together, 21 March 1803. The partnership apparently dissolved by 11 May 1807, when Smith entered a third separate mark. Fourth mark, 25 June 1807. Fifth mark in partnership with his brother James, 23 February 1809. Sixth separate mark, 14 October 1812. Seventh mark, 15 January 1814. Eighth mark in partnership with his son Benjamin, 5 July 1816. Address: Camberwell. Ninth mark alone again, 25 June 1818. By his first marriage Smith had four sons, of whom Benjamin was the eldest and three daughters, and by Mary Shiers a fourth daughter in 1803 at Greenwich. His third son Digby, born 2 June 1797, may be assumed to be the godson of Digby Scott. There seems little doubt from the accounts preserved in the Boulton papers at Birmingham that Smith was of a difficult and probably irascible nature and this borne out with the variations in his entry of marks with and without partners. His firm was of course, together with Storr, manufacturing almost entirely for Rundell and Bridge, and it seems that the later may have supported Smith's move to London. The firm's most important production is probably The Jamaica Service of 1803 in The Royal Collection. The silver-gilt trays, baskets, and wine coasters with open-work vine borders are among the most distinctive and accomplished achievements. The designs, so closely related to those of Storr, most almost certainly stemmed from central control by Rundell and Bridge. 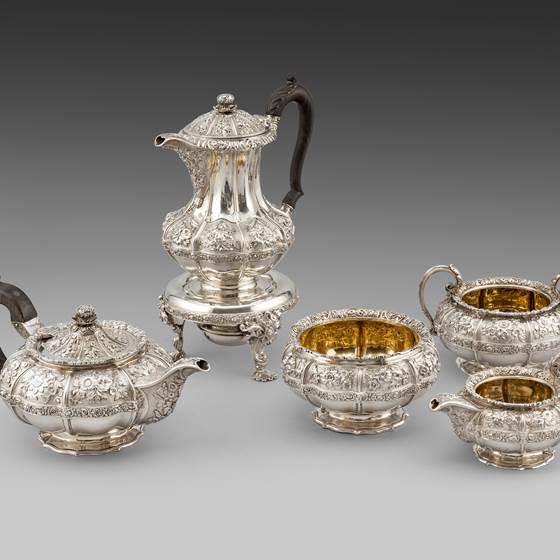 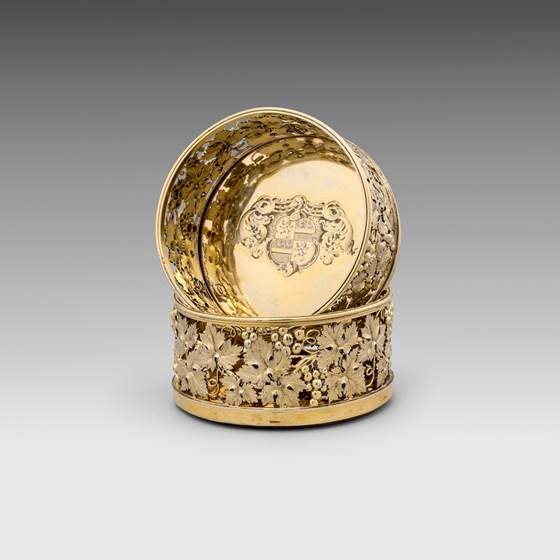