Son of Christopher White of Wasreham in the County of Dorset apothecary, apprenticed to Robert Cooper 8 September 1711 on payment of £35.5s. Free 3 December 1719. First mark entered as a large worker, 10 December 1719. Address: Corner of Arundel Street, Strand. Second mark, 4 January 1725. Third mark, 26 June 1739. Address: Corner of Green Street near Leicester Fields. Heal records him as plateworker, Golden Cup, Arundel Street, Strand, 1719-1724; goldsmith, London, 1720-33;m and plateworker, Green Street, 1739. He also has John White, goldsmith, London, 1772, who may be the same but nothing with his mark is found this late. However one of the name was elected to the Livery March 1758 and Court February 1763 warden 1778-80 and Prime Warden 1782, dying 9 May 1789. If the latter is identical with the goldsmith above, he must have been in his nineties at his death. White is a mysterious figure, as his work, somewhat rare, is of high quality and Huguenot character, without there being any apparent connection in his training or parentage with the immigre school. He either was, or employed a particularly fine engraver who made considerable use of grinning masks of Hogarthian type in the cartouches enclosing coats-of-arms and in strapwork borders. 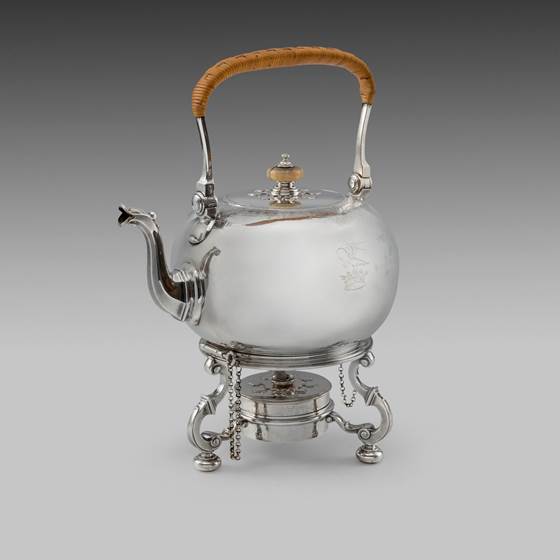