Two marks entered, undated, probably 1697 on commencement of register. Address: Foster Lane. Described as Free Brewer. Third mark entered with no date or address. Fourth (Sterling) mark, 19 June 1724. His name does not appear in the registers of the Brewers' Company so far back as they have survived, 1685, so he was presumably a freeman before that date. Heal records him at Foster Lane from 1697 till his death in 1735 and he held the office of churchwarden of St. John Zachary in 1704. He was signatory as 'working goldsmith' to the petition complaining of the competition of 'necessitous strangers', December 1711. His mark is usually found on candlesticks and it would seem probable that he may have been master of Henry Greene, also a Brewer, and of David Green, whose company is not recorded, but who was master in his turn of James Gould and the latter of John Cafe. He is presumably the "Captain Bird', Foster Lane, Goldsmith, to whom Samuel Bates was apprenticed, 17 December 1719. 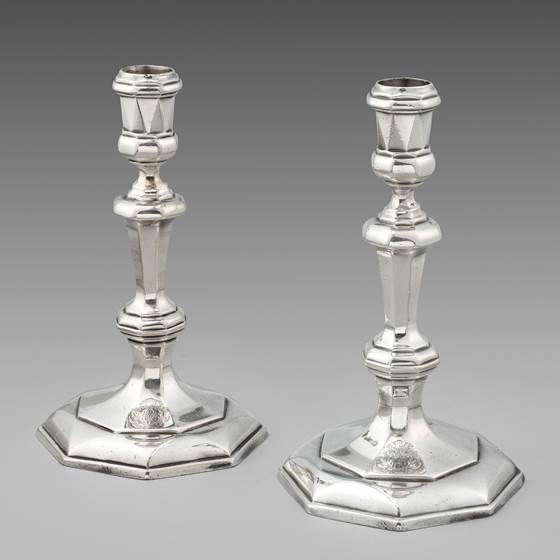