Son of John Edwards of Oswestry Shropshire innholder, apprenticed to Thomas Prichard of the Grocers' Company 9 March 1708 for seven years, but did not take up his freedom till 7 November 1723, when the entry is witnessed by John Bache Citizen and Goldsmith. Signatory as journeyman to the petition against assaying the work of foreigners not having served seven years apprenticeship, February 1716. Two marks (Sterling and New Standard) entered as largeworker, in partnership with George Pitches, 6 December 1723. Address: St. Swithin's Lane, near Lombard Street. Third and fourth marks alone, 27 April 1724, when described as 'Grocer'. Fifth mark, 9 August 1739, same address, where Heal records him till 1753. A sixth mark, entered in new position, also reads John Edward, St. Swithin's Lane, 1 November 1753, but for the first time the signature of the Christian name reads John as against Jn for the previous entries. On the other hand the neat handwriting appears the same. We must, however, allow the possibility that this mark is that of a son. Edwards is probably the - Edwards, Subordinate Goldsmith to the King, who appears in the Jewel Office Records from 1723-1743 (Major General H.W.D. Sitwell, 'The Jewel Office and the Royal Goldsmiths', Arch Journal CXVII, p.154-55). John, son of John and Catherine Healy, lodger at Mr.Edwards, silversmith in the parish of St. Mary Woolnoth, was baptized in the same church, 9 February 1745, and Sarah and Dinah, twin daughters of Stephen and Sarah Willson, lodgers at Mr Edwards, the silversmith, baptized 27 May 1747, at the same. 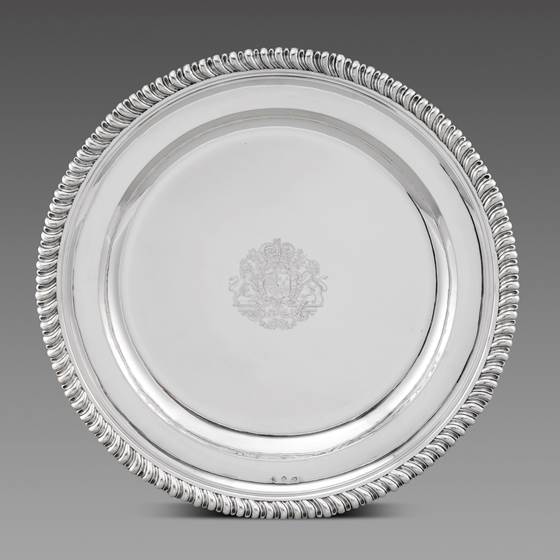 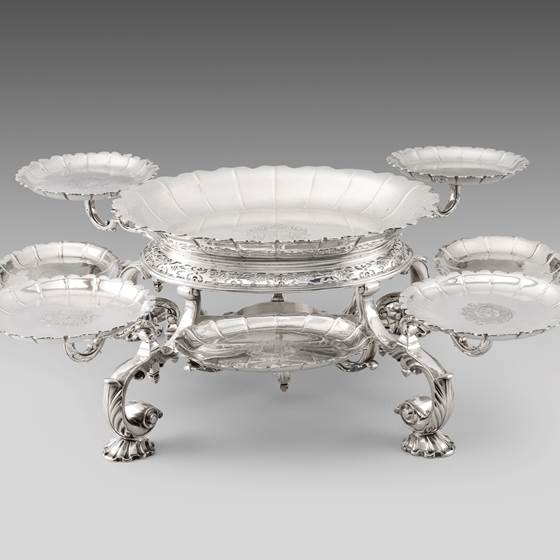