The firm was founded in 1880 by Edmond Tetard (1860-1901), initially specialising in tableware particularly in the style of Louis XV. After winning a golden medal at the Exposition Universalle in Paris in 1889, the firm grew in popularity. After the death of their father in 1902, the business was taken over by sons George, Henri, and Jacques, who changed the firms name to the present form of Tétard Frères. In the 1920s their style of design change significantly to reflect the new Art Deco patterns and models. Their specialism in tableware continued and they continued to reinvent traditional designs with more modern and geometrical style, together with the firm Christofle. 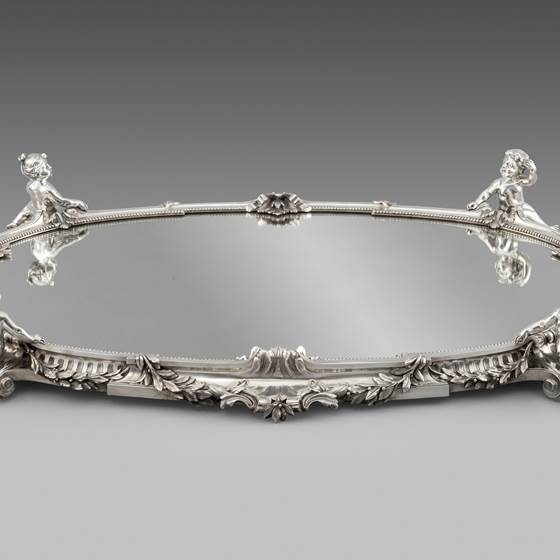