A celebrated French silversmith noted for the fine quality of his work, Jean-Valentin Morel (1794-1860) was learned his trained from his father and through an apprenticeship with goldsmith Adrien-Maximillian Vachette, who produced gold boxes for Louis XVI and Napoleon. In 1818, Morel established his own business and registered his first mark on 2nd August 1827, specialising in high-quality inlay work and in the production of hard stone cups in aa sixteenth-century revival style. In 1842, he went into partnership with silversmith Henri Duponchel; their shop Morel & Cie in Paris reaching great success and international acclaim. The firm produced, among many things, ornamental vases, jewellery sets, and flatware and had an impressive client base that included Pope Gregory XVI, the King of Sardinia, the future William III of the Netherlands, and the future Alexander II of Russia. The firm was awarded a golf medal at the French Industrial Exposition of 1844. As a result of some disagreement, Morel broke away from his partnership with Duponchel and left the declining economy of Paris for London, where he established a new partnership with Jules Foussin in 1850. Though, this did not turn out to be the most prosperous venture and by the end of 1852, Morel returned to France to open up a new workshop in Sèvres. 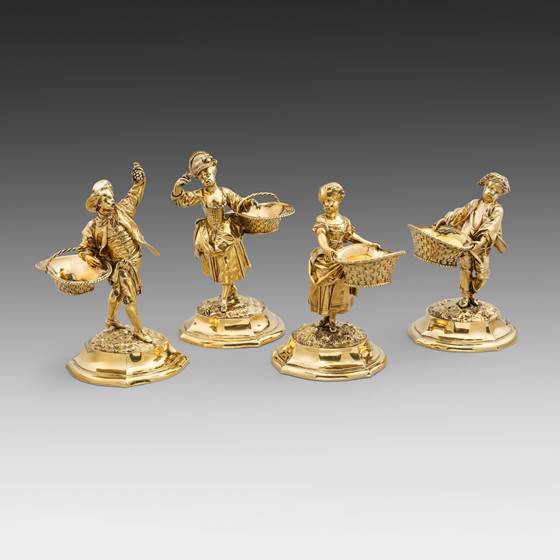