Mary Ann Chawner married, George William Adams in 1838. It was agreed that he would go into the business with her mother, and a joint makers mark was registered from March – November 1840.George Adams took over Chawner & Co and ran it exceptionally well. He was an exhibitor at the 1851 Great Exhibition and the company became one of the largest producers of top-quality silver flatware in Victorian England. The Chawner & Co pattern book was published in 1875 and became the encyclopaedia for Victorian flatware patterns. It was heavily referenced by Ian Pickford in his now-standard reference book on silver flatware. The 1881 census shows that George’s son, George Turner Adams (b1841) had also become a silversmith, and the subject of him taking over Chawner & Co must surely have been discussed. Maybe George Adams felt that his son was not up to running the firm, or perhaps his son had indicated he didn’t want to remain in the business, as his uncle had done before him. Whatever the reason, George Adams sold the business in 1883 to Holland, Aldwinckle & Slater, and his son did not remain in silversmithing. By 1891, George T Adams had become a commercial handler of timber and by 1901 a commercial traveller, and by 1911 he was a commercial traveller and watchmaker. George William Adams remained close to his Chawner relatives. His brother-in-law William graduated from St Johns College Cambridge and had a string of clerical appointments. He married in 1844 and had 6 children. William’s eldest son, another William Chawner (1848-1911) also went into the Church. A graduate of Emmanuel College Cambridge, he went on to become a Fellow, Tutor, Master then Vice-Chancellor of the college. Another son Alfred (1852-1916) went onto become a surgeon, physician, and medical practitioner. The 1871 census shows both these nephews, then aged 23 and 18 respectively, residing with George Adams at 73 Addison Road, London. It was certainly a comfortable home, as the census shows the household included a cook, a housemaid and a footman. 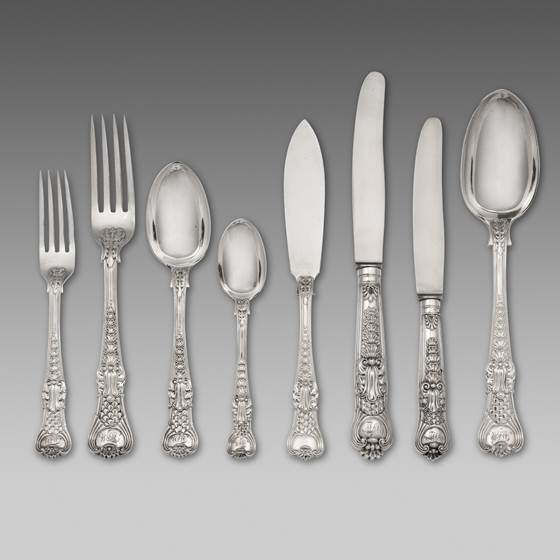