The Reid family business of silversmithing began life in Newcastle upon Tyne in 1778 by Christian Ker Reid and was succeeded henceforth by decent. The firm, known as Reid & Sons, was active at 12 Dean Street, 14 Grey Street, 1843 and 41 Grey Street, Newcastle, 1855. The business later became a subsidiary of the Northern Goldsmiths Co Ltd. and William Ker Reid, son on Christian Ker Reid, established a business in London in 1812, entering in partnership with Joseph Craddock at 67 Leather Lane, at this time entering his first mark jointly with Joseph Craddock. William Ker Reid obtained his freedom of the Goldsmiths Company by Redemption on 2nd November 1814 and was made Liveryman in 1818. Although contrastingly very little is known about the freedom and apprenticeship of Joseph Craddock, his partnership with W.K. Reid is known to have been his second, the former being with Thomas and joseph Guest as plate workers. 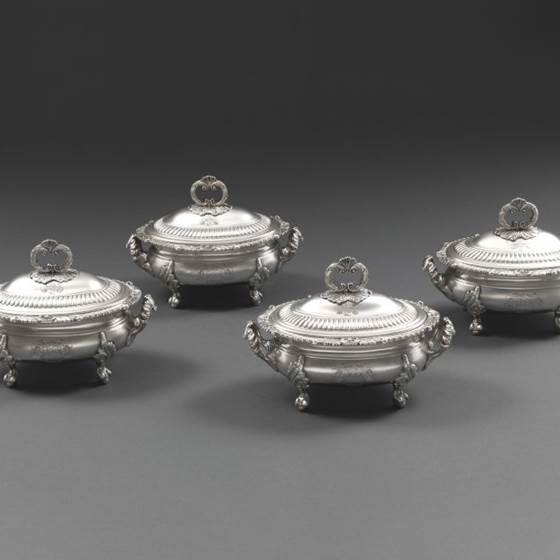