Hamilton’s & Co Hamilton & Co. Ltd was established over 200 years ago during the peak of the British Raj, founded by Robert Hamilton (1772-1843) after arriving in Calcutta, India and opening up his own Jewellery and Silversmithing ship in 1808 at 5 Tank Square. Three years later, Robert Hamilton was the first English silversmith to open a shop in Old Court House street where the business remained until its closure in 1973. Over the course of its operation, Hamilton’s had many partners and opened branches in other parts of India, including Bombay and Delhi. Hamilton & Co. The Bombay, Delhi and Shimla branches were opened after Henry and James Glazbrook joined the business in 1811. The firm quickly grew, attracting the best Indian artisans to work in their now vast workshops. They catered to the members of the British Raj as well as Indian aristocracy; quickly gaining popularity for its authenticity and unique craftsmanship. Rajas and Maharajas flocked to Hamilton to buy exquisite silver items ranging from dinner-sets to intricately carved vases and boxes and delicately sculpted tea-sets. Hamilton’s was known for its polished silverware with elegant lines and delicate decorations creating wide appeal. 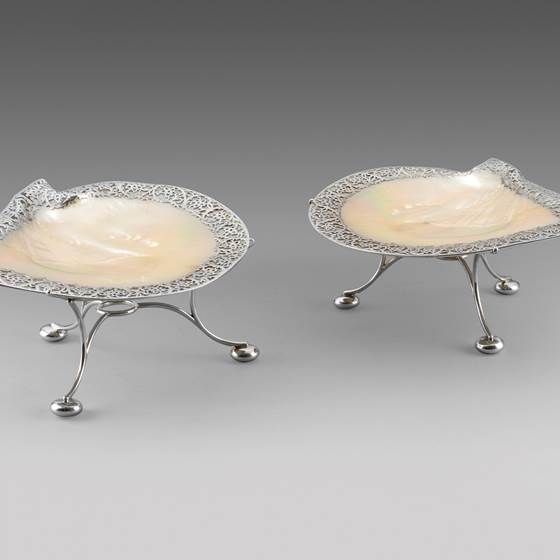