1749 was Abraham Portal's first year as a registered large worker goldsmith. His address is recorded at Rose Street in Soho. He was most prolific, when later established in the Strand in 1753 until around 1761. Portal was of Huguenot descent and incorporated in his early works inventive rococo ornament similar to that of De Lamerie. Around 1761, Portal moved to Ludgate Hill, forming a partnership with George Coyte and trading under the sign of a salmon and pearl. Portal was an important figure in the literary scene of the time, writing several major plays between 1758 and 1768 commenting on contemporary social, political and religious developments. Some of his work was published in Poems, 1781. Ref. Christopher Portal, The Reluctant Goldsmith, Abraham Portal 1726-1809, 1993, p18 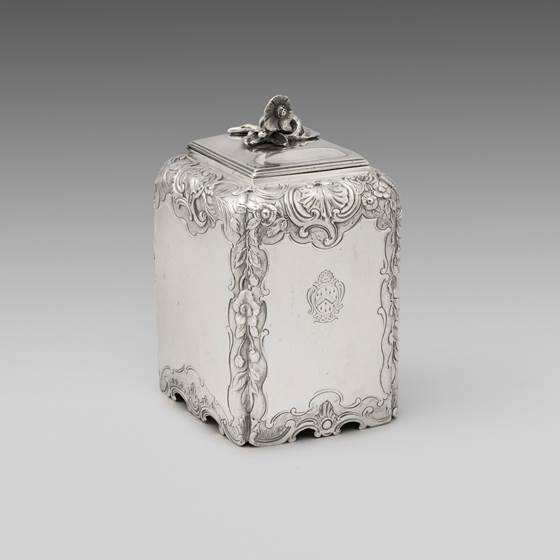