Mendjisky Serge, born in 1929, studied at the Beaux Arts in Paris, in the footsteps of his father Maurice Mendjisky, painter of the School of Paris. In 1949, he moved to Nice and painted for a living. He receives Picasso's encouragement whom he knows through his father. The artist is not confined to painting, but also explores many other techniques such as sculpture, collage, and photography. In the 1960s, his painting is influenced by Van Gogh, Cézanne, and he becomes interested in divisionism. In the late 1980s, he devoted himself to sculpture. This exploration allows him to establish compositions punctuated by volumes, and colours. 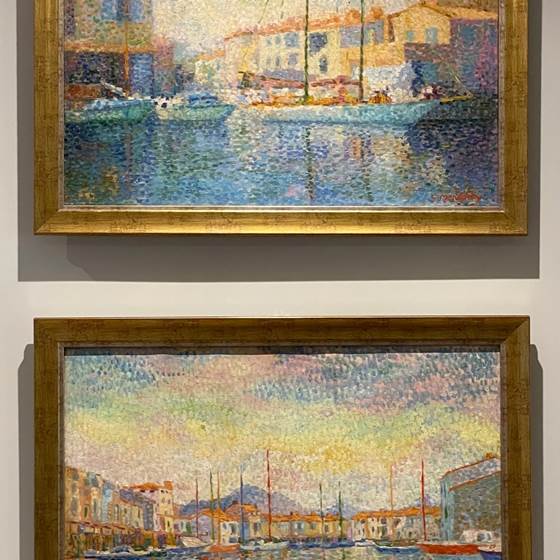