The Pendant Cross of Jerusalem: A Magnificent Treasure

The Pendant Cross of Jerusalem: A Magnificent Treasure

An exquisite example of an early Spanish jewel. The pendant takes the form of a Jerusalem Cross which is set with diamonds picked out with red and white cloisonné enamelled foliate adornments. To the reverse the pendant is enamelled with a geometric pattern in red, blue, green and black. 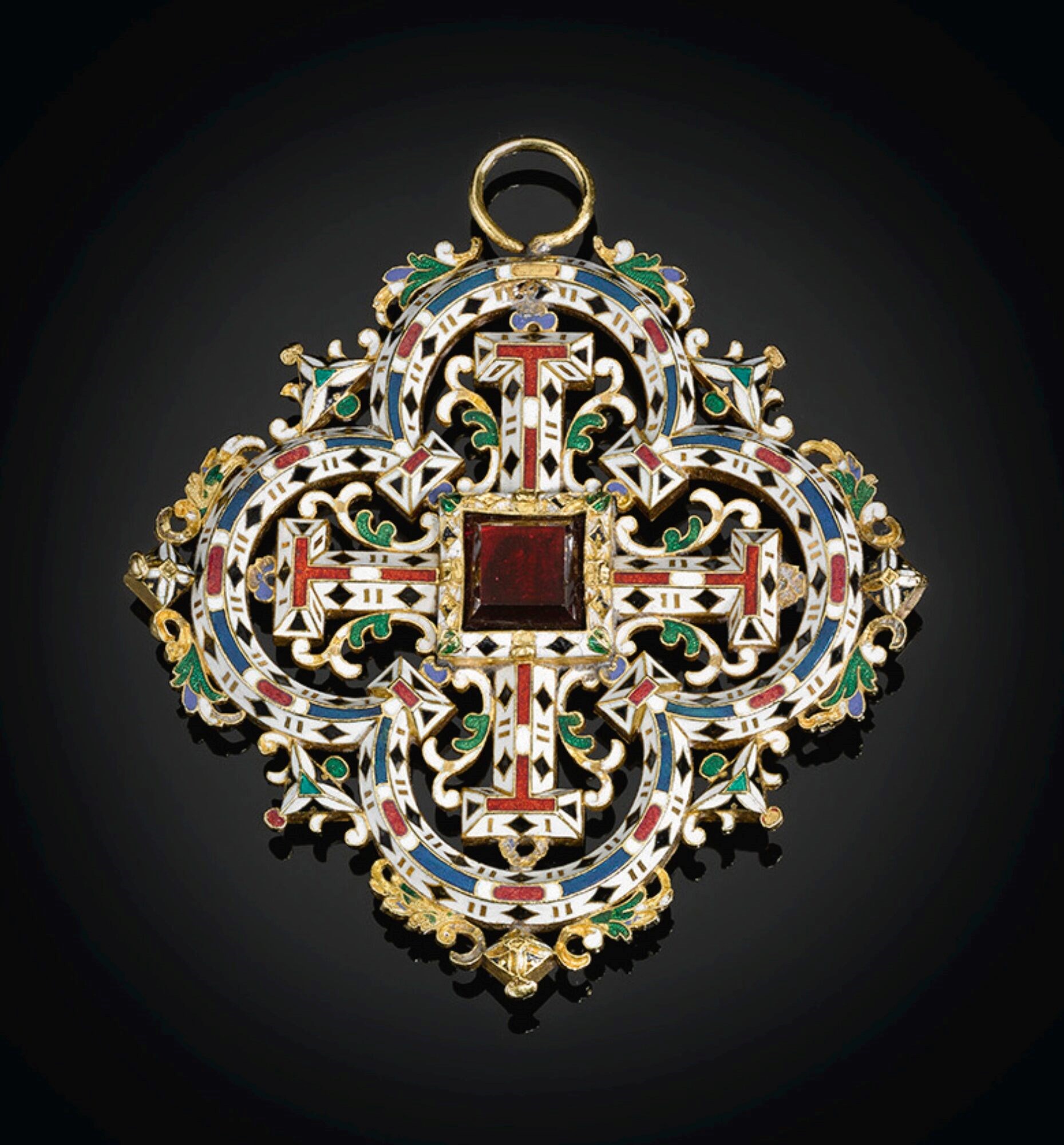 This intricate design is set against a white ground and centred upon a large table cut garnet. The inclusion of diamonds instead of crystals indicates the high status as a piece of devotional jewellery which was likely to have been made for a member of the Spanish court.

It is believed that the cross was exhibited at the South Kensington Museum in 1862. An entry from the catalogue closely matches the description of the pendant :

A pendant of this quality and design is one of the earliest examples of Spanish jewels and would have been owned by someone of the highest nobility. It has been suggested that comparisons can be drawn between the pendant and a jewel depicted in a painting held at the Museum Cerralbo. The oil on canvas is attributed to teacher and father-in-law of Diego Velázquez, Francisco Pacheco. The work illustrates a Franciscan Priest, Saint James of the March of Ancona standing over an unknown male and female who gaze out of the canvas to the viewer. The lady wears a beautiful pearl necklace with complimentary drop earrings. Her dress is adorned with intricate gilt embroidery. However, it is the beautiful cross pendant to which our eyes are drawn. One can notice immediately the same colourless stones and white and red enamelling. The cross in the painting whilst it appears simpler with fewer stones this may be simply down to artistic license. It would be extremely interesting to investigate the couple in this religious portrait to trace back the provenance of the pendent past the Hope family.

These works are available to view in our gallery located at Koopman Rare Art, The London Silver Vaults, 53/64 Chancery Lane, London, WC2A 1QS