The Maison Cartier is one of the most prestigious long-standing jewellers in the world. The company was founded in 1847 by Louis Francois Cartier in Paris. The business went strength to strength, passing down through the generations. However, it was Louis Francois Cartier’s grandchildren that really pushed the company into new heights. The company opened on new premises on Rue de la Paix in Paris in 1899. Still today, Rue de la Paix is the in the heart of the fashion district sporting some of the finest, luxury boutique stores located in the 2nd arrondissement.

The three brothers Louis, Pierre and Jacques had stamped their mark on the Parisian luxury goods market and their reputation was rising. Whilst their empire was building in Paris their sights were set on expansion and exposure. 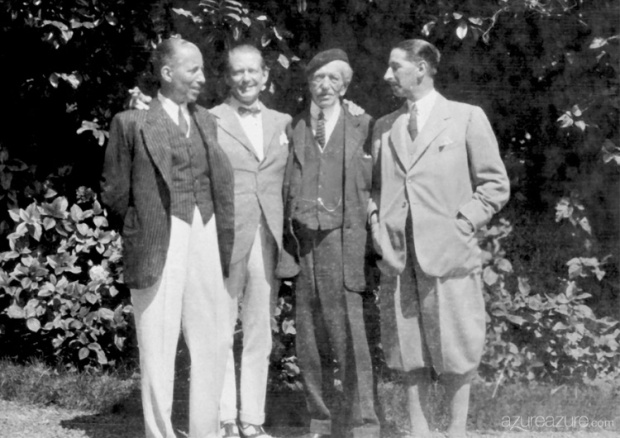 In 1904, Pierre and Louis travelled to Russia, leaving Jacques to hold the fort in Paris. This ambitious moved proved essential to the growth of the company. The brothers won the approval of imperial family and members of the Russian aristocracy which elevated their profile both in Russia and Paris.

Six years later, the brothers decided to focus on the English aristocracy opening a shop on New Bond Street, where it still stands to this day. Jacques, the youngest of the brothers took control of the British branch of Cartier. In the same year, Pierre moved to America appealing to rich industrialists and Hollywood personalities. The brothers clever marketing scheme, expanding region by region, hand picking clientele proved immensely profitable.

With Cartier’s presense and reputation in London growing ever stronger , word soon spread to India. Not before long, Indian princes and Maharajas were entrusted Cartier with precious gemstones to be reset into modern jewellery. Cartier had opened another office, this time in India by 1911. 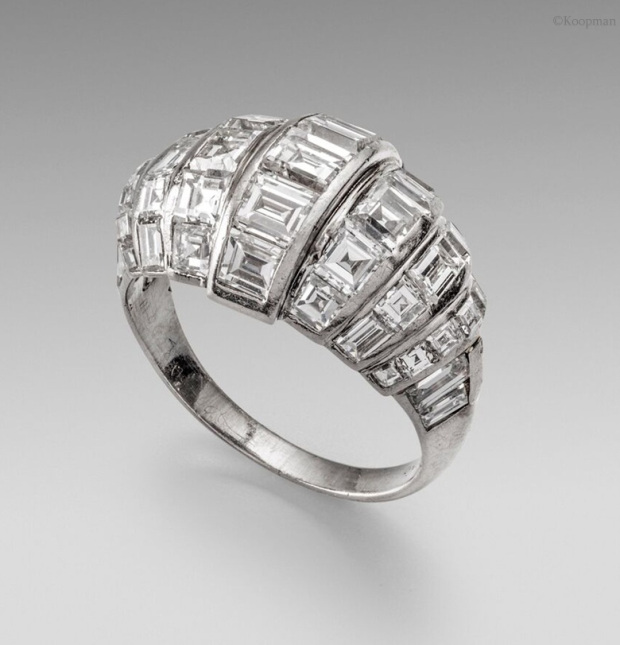 The company remained in the family until 1964 when it was bought by Compagnie Financière Richemont SA. (https://www.richemont.com/) Cartier in now ranked #61 in the Forbes report on The World’s Most Valuable Brands, 2017 with a brand value of $9.3 billion and sales of $5.7 billion. (https://goo.gl/KNeJgy)

Cartier’s success through the 20th century was unprecedented and is best illustrated by their patrons. Between 1904-1939 Cartier held 15 royal patents around the world and were coined the Jewelers to the King. In 1910 Cartier created a foliate scroll tiara for Elizabeth Queen of the Belgians. In 1926 they made a head ornament for Jagatjit Singh of Maharaja consisting of 19 emeralds and one extremely rare stone which was 117.40 carats. More recently a tiara for Catherine Middleton to wear on her wedding day to Prince William, Duke of Cambridge. 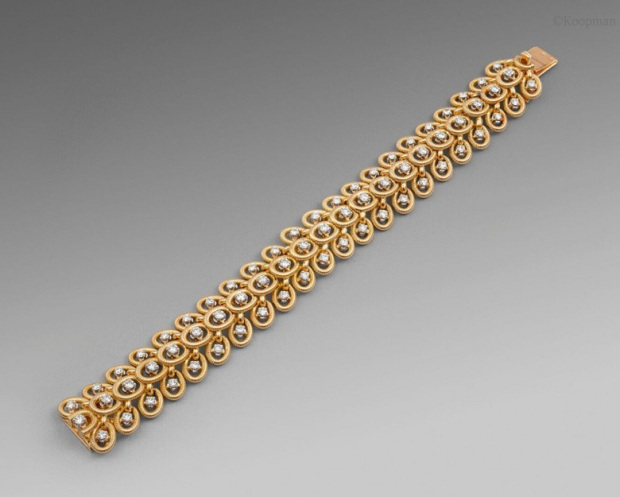 One of Cartier’s most iconic styles is the flora, particularly popular with royalty. Queen Elizabeth famously purchased The Williamson diamond weighing 23.6 carats set in an edelweiss brooch. The orchid is particularly popular and added to the range of flora which created the Cartier garden a symbol of feminine beauty.

Our beautiful floral brooch was created by Cartier, London in the 1950s. It is a mesmerizing collection of diamonds, emeralds and amethysts constructed in the form of flowers and leaves with crosshatching to the emeralds to create the effect of the veins in the leaves. 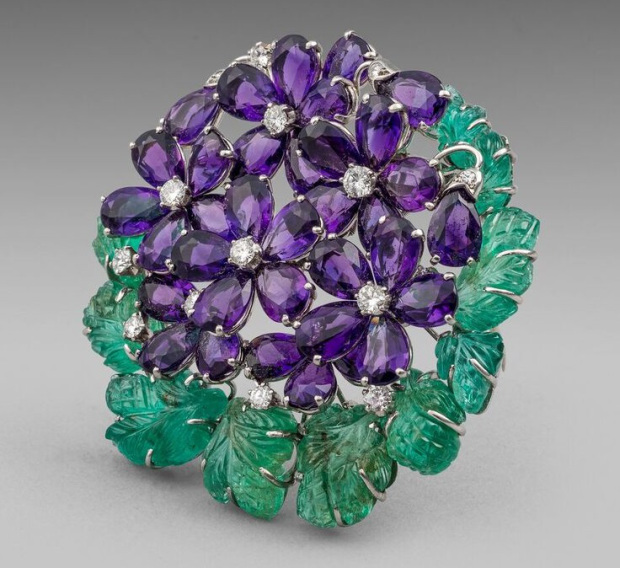 A stunning accessory, to turn any simple outfit into a luxurious fashion statement. The brooch encompasses the focus of the business design, luxury and quality.

Cartier antiques have taken on a whole new wealth of desirability. Whilst, Cartier continue to produce items of the highest prestige, the antique pieces hold time and stories along with rarity.

These works are available to view in our gallery located at Koopman Rare Art, The London Silver Vaults, 53/64 Chancery Lane, London, WC2A 1QS