The Mystery of the Maynard Master

The Mystery of the Maynard Master

Paul de Lamerie is described as the ‘greatest silversmith working in England in 18th century’ by the Victoria & Albert Museum.  Whilst we couldn’t agree more, our focus is not on the mastery of de Lamerie but the mastery of a more mysterious craftsman who worked with him. 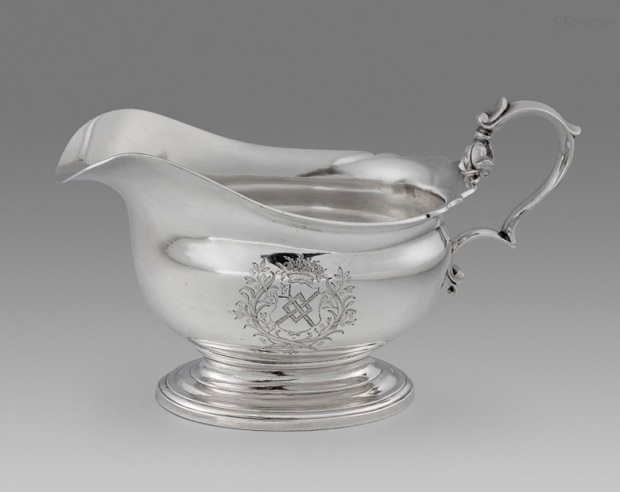 Paul de Lamerie arrived in London with his Huguenot parents from the Dutch Republic in 1691. The family settled in Berwick Street in Soho which had become the centre for luxury goods during the late 17th century. The streets were bustling with huge numbers of Hugeunots and highly skilled foreigners who set up business in Soho.

You may be wondering what brought this flurry of craftsmanship from overseas. One of the main reasons was the economic future of goldsmiths dwindled under the control of Louis XIV. He ordered the melting down of all plate in 1686 to fund wars in Holland and banned the future employment of any goldsmith.

In 1703, Paul de Lamerie was apprentice to goldsmith Pierre Platel, another Huguenot with impressive premises on Pall Mall. The growing community of highly talented French Huguenots raised the quality and standard of silver production in London. The French brought new designs and ideas inspired by baroque classicism found in Louis XIV palace at Versailles. 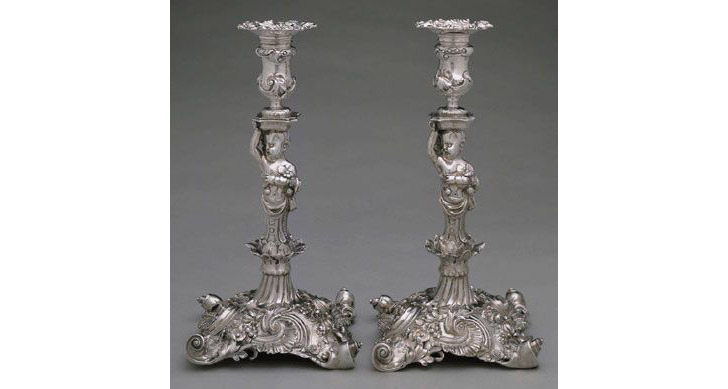 Silversmiths did not work alone, they commonly worked together with Craftsmen who provided designs. By the mid-1730s de Lamerie was one of the most important silversmiths working in the heart of London. However, our focus today is not on de Lamerie himself but the craftsman that he worked with between 1732 and 1744.

His identity is still unknown but his unique style stands out making it possible to attribute works to the craftsman. In 1736/1737, a large presentation dish was commissioned by the Maynard family. The dish was marked by Paul de Lamerie and the centre of the dish features the arms of Maynard with a crescent. The dish is in the high rococo style showing figural borders, broken cartouches and figures representing the four elements emerging from chased settings with natural iconography, such as shells. The richly decorated design was inventive incorporating extreme naturalism with abstract and organic motifs. The long faces of the characterful figures and the sharp pointed edges in contrast to the smooth rolling design became synonymous with the work of de Lamerie’s unknown craftsman who decorated some of de Lamerie’s most prestigious pieces. He became known as The Maynard Master, after the Maynard Dish. Koopman Rare Art sold the Maynard Dish to the Cahn Collection. 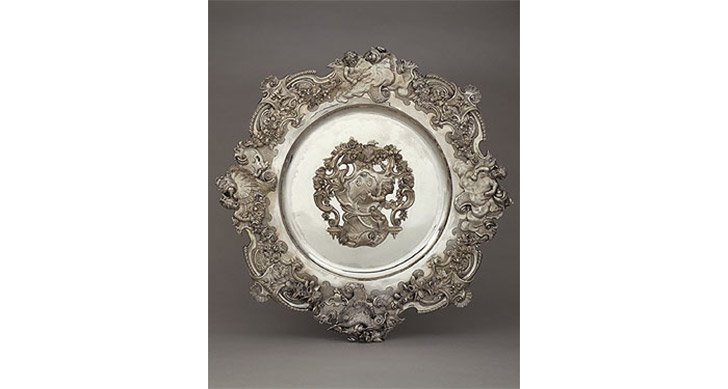 The Cahn Collection, assembled by Mr and Mrs Paul Cahn includes many of the pieces made by Paul de Lamerie in collaboration with the Maynard Master. Koopman Rare Art played a key role in building their prestigious collection which is of museum standard. A fantastic recommended read is Ellenor Alcorn’s ‘Beyond the Maker’s Mark, paul de Lamerie Silver in the Cahn Collection.’

Art historian Maureen Cassidy-Geiger made a recent discovery of five drawings held in the Dresden archives which have been attributed to the Maynard Master. These drawings have helped historians and experts identify works by the mysterious craftsman showing his method of working and artistic skill more closely. Two of the drawings, which were published in Ellenor Alcorn’s book are illustrated below. 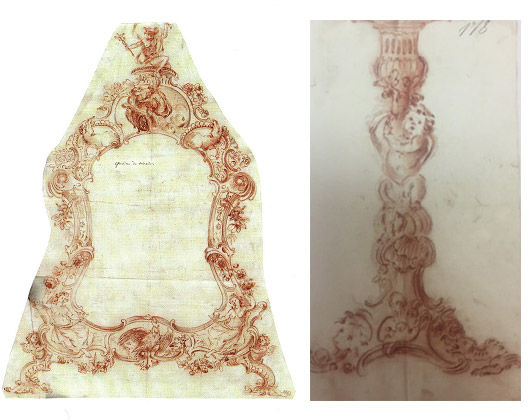