Archibald Skirving, Portrait of Gavin Hamilton (1723 – 1798), Pastel on paper, circa. 1788. Courtesy of National Galleries of Scotland. (pictured above)

In 1771, Scottish artist Gavin Hamilton made a fascinating discovery at the ruins of Hadrian’s Villa, near Tivoli. Fancying himself as an antiquarian come art dealer based in Rome he carried out numerous archaeological digs. He discovered fragments of an ancient Roman marble vase with Bacchic ornament. The vase now stands, restored, in the Burrell Collection near Glasgow, Scotland. 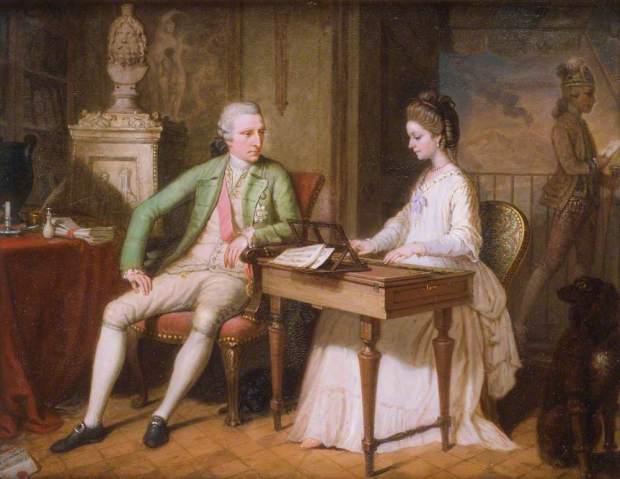 David Allan (1744–1796), Sir William and the first Lady Hamilton in their villa in Naples, Oil on canvas, Oil on copper. Courtesy of Compton Verney Collection. 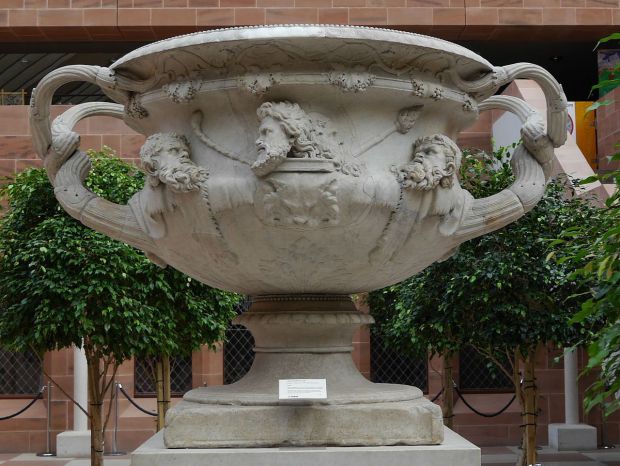 The Warwick Vase, housed in the Burrell Collection

The first record of the vase standing in the courtyard of Warwick Castle was in 1778. In 1784, local mason William Eborall designed and built for the Earl a greenhouse at Warwick Castle. The Earl later wrote ‘I built a noble green house, and filled it with beautiful plants, I placed in it a vase, considered as the finest remains of Grecian art extant, for its size and beauty’, despite the fragments believed to be Roman.

The vase remained at Warwick Castle until 1969 when the ownership of the Castle and its contents passed to the 7th earl David Lord Brooke. Brooke organised a sale of the works of art held in the castle. The Vase was bought by the Metropolitan Museum of Art but export was luckily denied. Matching funds were raised and not considered important enough for the British Museum the vase was sent to the Burrell Collection in Glasgow.

The Warwick Vase became iconic and greatly influencial in early 19th century design. Two bronze models were made of The Warwick Vase by Rundell. One was sold by Rundell’s to George IV who had it placed at Windsor. The other was bought by Duke of Northumberland who had just been appointed Chancellor of the University of Cambridge, to present it to the university. It is now displayed in the middle of the lawn before Gibbs’ Senate House. Porcelain versions were being made by Rockingham and Worcester. A stunning example of which is held in theRoyal Collection. This classical design became a part of the British visual repertory, even becoming the model for the silver-gilt tennis trophy, the Norman Brookes Challenge Cup won at the Australian Open. 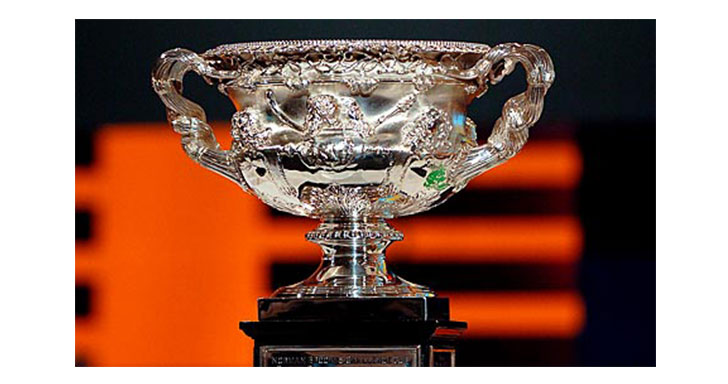 The form was also manipulated for tea services and saltcellars. 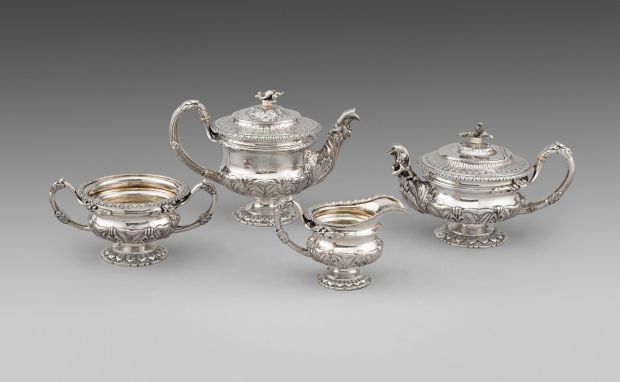 This tea service was modeled in the style of the Warwick Vase. The large looping handles and cylindrical form create a grand and impressive tea service. Available at Koopman it is a silver George IV tea and coffee service, engraved with the coat-of arms for Maynard impaling another.  The pots are decorated with fruit finials and ivory insulators in the handles, the spouts formed as tritons sounding conch-shell horns, the whole set richly decorated with acanthus leaf ornament. 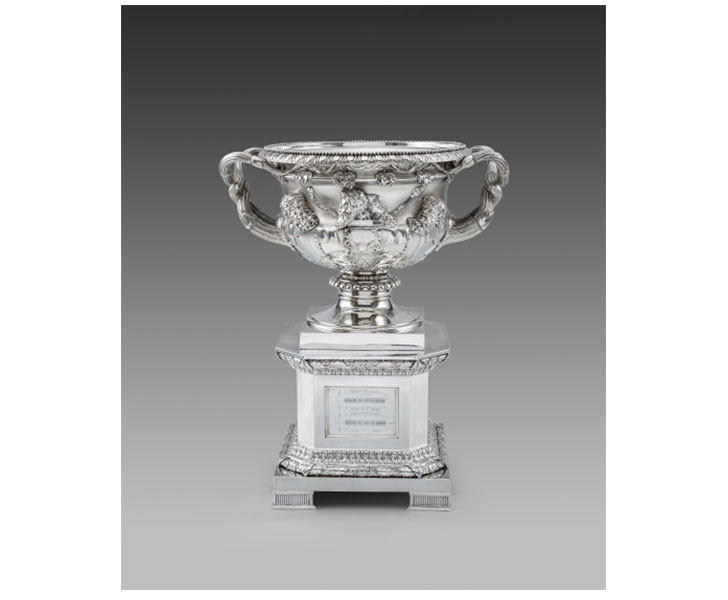 Here is a a majestic and beautiful example of a Warwick vase by Paul Storr. The Cowper Warwick Vase was presented to Captain William Cowper (1774-1825) who was a military engineer. He succeeded in building two dry docks in the port of Bombay despite numerous difficulties, including a lack of skilled workmen and problems with hard rock and tides.

Another exceptional Warwick Vase available at Koopman Rare Art is this silver-gilt vase by Paul Storr. 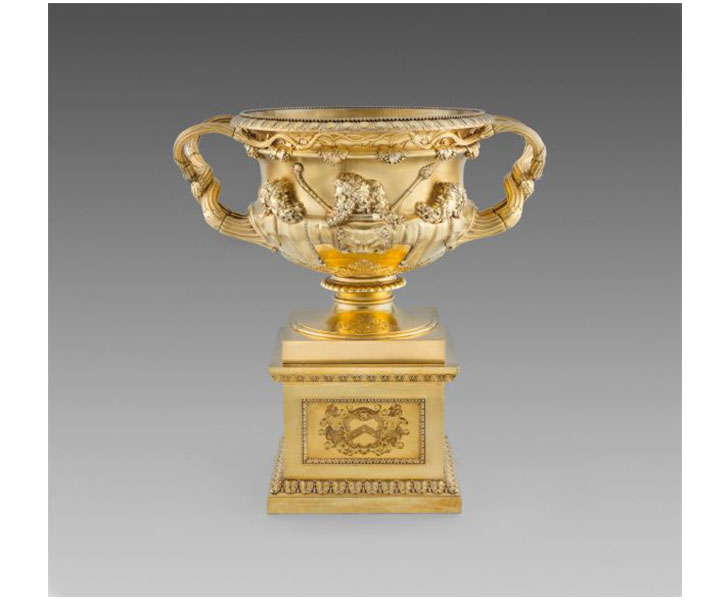 The Warwick Vase was presented to James Anthill, Chief Justice of Antigua by the legislature of the island. The vase is mentioned in his will of 1822:

The vase bears the crest of Anthill and the base is inscribed with his coat of arms and the presentation inscription, describing Anthill as ‘Honorable’. The vase was given ‘to commemorate their exalted Sense of the Ardour of his Patriotism, The Splendour of his Talents and The Integrety of his Life.’