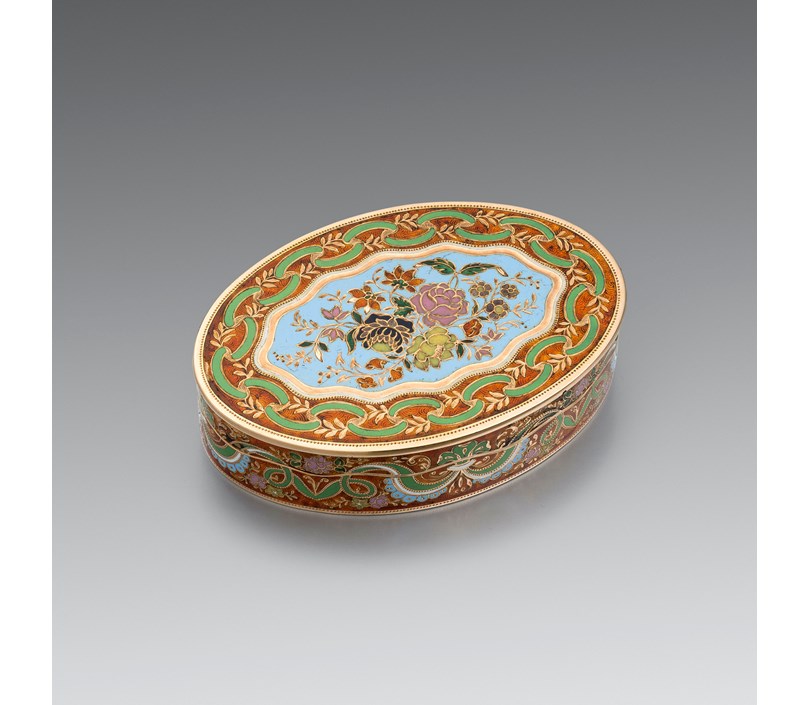 The oval gold box with a fabulous array of pastel colour enamels together with contrasting orange enamels. The central base and cover with intricate arrays of flowers. The surrounding panels with foliate and geometric designs. This box was most probably made for the Ottoman market. 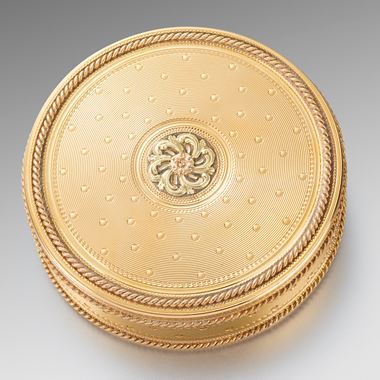 A French Round Gold Box 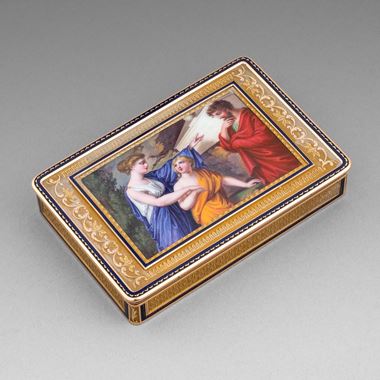 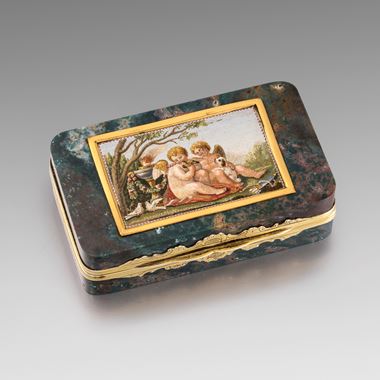 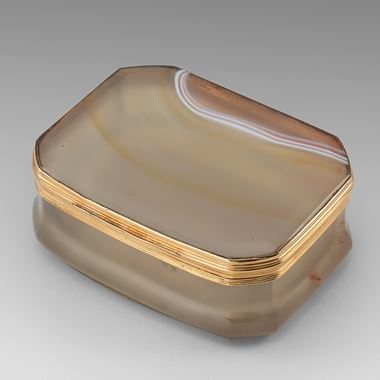