Son of Alexander Johnston late of St. Giles in the Fields draper deceased, apprenticed to Thomas Moulden 6 August 1724. Free, 3 September 1734. First mark entered as largeworker, 11 May 1733. Address: 'At the Crown in Foster Lane'. 'Free Goldsmith'. This entry is annotated 'dead' as so many at the period. A New entry as largeworker, 22 January 1748 (Address: 'Of Alley Villiers Street, York Buildings') seems to be in the same handwriting, be we should have expected an entry of a different mark in 1739 to comply with the act. Moved to Panton Street, 28 July 1749. Moved to Spur Street, Leicester Fields, 9 May 1753. Moved to Old 'Jury', 10 February 1757 (both in register entry without mark). Heal records him in Panton Street, 1747; and with Charles Geddes as jewellers, Golden Ball, Panton Street, near Leicester Square, c.1760; with another reference from the Parl. Report list, 1773 as platworker, Old Jewry. A second Alexander Johnston is recorded free by redemption, 9 February 1757, described as goldsmith. It is possible that these two entries are for entirely different persons but the position remains uncertain. 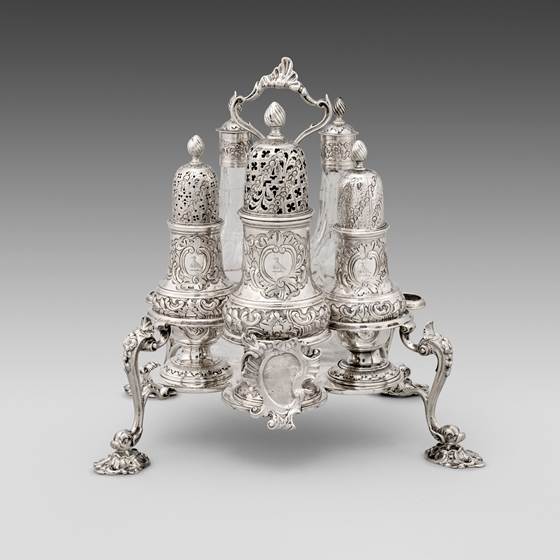