John Bridge (Dorset 1755 - London 1834) The eldest son of Thomas Bridge of Piddle Trenthide Dorset, born 21 January 1755. He was a co-founder of the greatest 19th century retailers to ever grace England, Rundell Bridge & Rundell, Royal retailers to the Prince Regent. Employing some of the most eminent craftsmen of his day. Both new and old silver, jewellery, objects of virtue and watches made up the vast stock at the London shop at number 32 Ludgate Hill. By the 1820's, it was a vast enterprise with agencies in Paris, Vienna, St. Petersburg, Baghdad, Constantinople, Bombay, Calcutta, and various cities in South America. The success was as much due to the endeavours of John Bridge as to Rundell's own ruthless character and the beauty and quality of the merchandise. Rundell & Bridge were a London firm of jewellers and goldsmiths formed by Philip Rundell (1746–1827) and John Bridge (1755–1834). When Edmond Waller Rundell, nephew of Philip Rundell, was admitted as a partner in 1804, the firm's name changed to Rundell, Bridge & Rundell. That same year John Gawler Bridge, nephew of John Bridge also joined the firm. Following John Bridge's death in 1834 a new partnership was formed comprising John Gawler Bridge, Thomas Bigge, John Bridge's nephews and Bigge's son, and the firm changed its name to Rundell, Bridge & Co. The firm was appointed as one of the goldsmiths and jewellers to the king in 1797 and Principal Royal Goldsmiths & Jewellers in 1804, and the firm held the Royal Warrant until 1843. After the Congress of Vienna (1814-15), the firm prepared 22 snuffboxes to a value of 1000 guineas each to be given as diplomatic gifts. Amongst its employees were the well-known artists John Flaxman and Thomas Stothard, who both designed and modelled silverware. Directing their workshops from 1802 were the silversmith Benjamin Smith and the designer Digby Scott, and in 1807, Paul Storr, the most celebrated English silversmith of the period, took charge, withdrawing from the firm in 1819 to establish his own workshops. The Royal Goldsmiths served four monarchs: George III, George IV, William IV and Victoria. In addition, their name was attributed to the 'Rundell Tiara', made for Princess Alexandra in 1863. 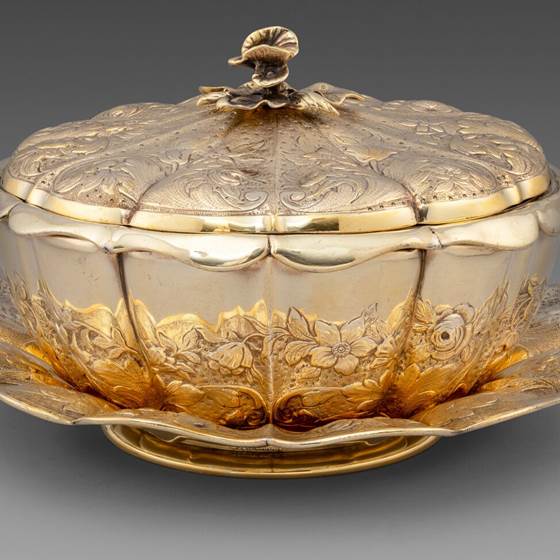 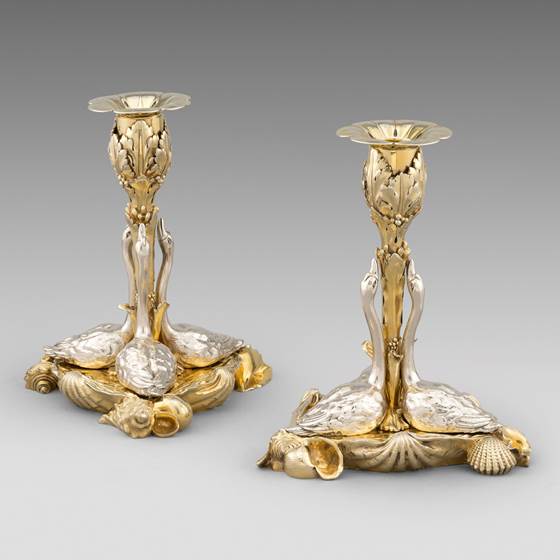 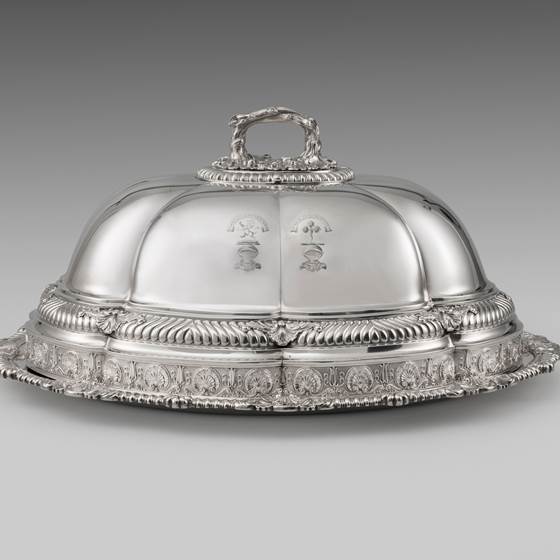