The firm of Edward Barnard & Sons (otherwise known as the Barnard Brothers) is quite possibly the oldest silversmithing company in the world, its origins can be traced back to Anthony Nelme (d. 1722) who established his firm in London circa 1680. Through succession and proceeding partnerships the firm was amalgamated in 1786 by Charles Wright with neighbouring silversmith Thomas Chawner who, at the time, was master of Edward Barnard – Chawner made Edward Barnard the foreman of the company. In 1796 Chawner took an engraver, John Emes, into partnership and when he retired Emes became the sole owner and Edward Barnard became the firm's manager. On Emes' death in 1808 Edward Barnard went into partnership with the widowed Rebecca Emes and Henry Chawner; the firm now trading as Emes & Barnard. After Rebecca Emes’ withdrawal from the business in 1829, Edward Barnard became the proprietor together with his sons, Edward, John, and William, trading under the name Edward Barnard & Sons. Edward Barnard & Sons skill, knowledge and adeptness in both the Neoclassical and Rococo styles ensured their longevity as a firm, represented by fine quality silver. The company’s clients included Rundell, Bridge and Rundell, Elkington & Co., and the Goldsmiths’ Company. After many relocations of premises and centuries of trading, the firm eventually closed in 2003. 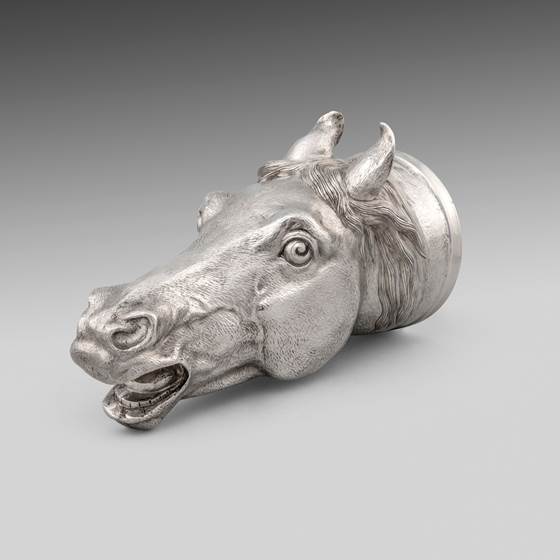