William Lukin was apprenticed to St. John Hoyte on 21st June 1692 and turned over by consent to John Shephard 1698. He was made free in 1699 and entered his first mark as a large plateworker in 1699, Gutter Lane. Lukin’s second mark, entered in 1702 was as a small plateworker. Although few pieces appear to have survived bearing his mark, compared to some of his well-known contemporaries, records show that by around 1715, Lukin obtained orders for expensive pieces in the Huguenot manner, possibly employing Huguenot workers to do so. 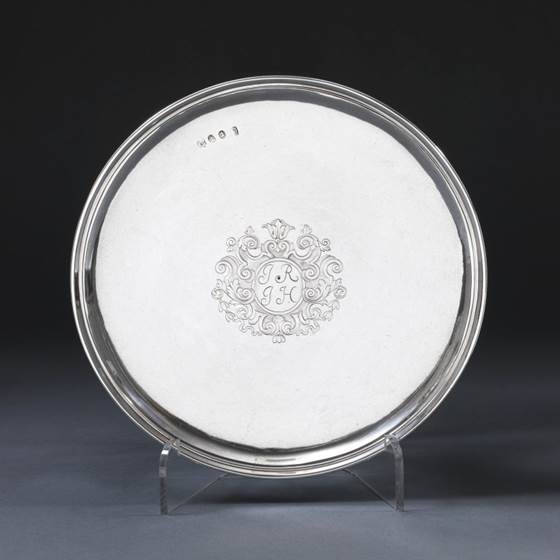