The firm was established in Birmingham c. 1850 by George Cartwright and Joseph Hirons, trading as Cartwright & Hirons. In 1853, when Horace Woodward entered in the partnership, the firm changed to Cartwright, Hirons & Woodward. The firm was active as electroplate manufacturers and silversmiths at 138/139 Great Charles Street, Birmingham, with London showrooms at 41 Hatton Garden. In 1859, Joseph Hirons left the partnership, and the firm changed its name to Cartwright & Woodward. In 1865, after George Cartwright's retirement, the business was continued by Horace Woodward under the name Horace Woodward & Co. In 1883, Horace Woodward left the company, and the business was continued by Edgar Finley and Hugh Taylor, maintaining the same name until 1893 when the firm was converted into a limited liability company as Horace Woodward & Co Ltd. In the same year the production was transferred to Atlas Works, Paradise Street, Birmingham and additional premised were opened in 1903 at Vyse Street, Birmingham. In 1919, the firm was acquired by Adie Brothers Ltd. The firm participated with success to London (1851 and 1862), Paris (1867) and Melbourne (1881) Exhibitions. 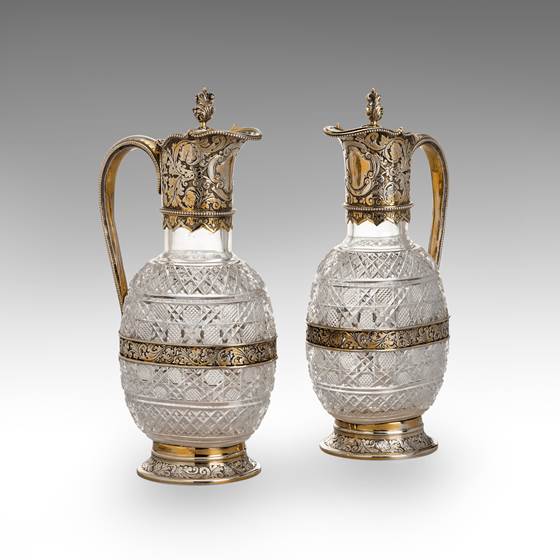