James Young is presumably son of Richard Young Citizen and Carter of London, apprenticed to John Muns 4 October 1749 on payment of £5 of the charity of Christ's Hospital. Freedom unrecorded. First mark entered as small-worker, 21 July 1760. Address: Basinghall Street. Moved to Clerkenwell, 22 January 1766. Second mark, in partnership with Orlando Jackson, 17 March 1774. Address: 33 Aldersgate Street, where he already appears alone as a plateworker in the Parl. Report list 1773. Third mark with the same, 14 May 1774. Fourth mark alone as plateworker, 15 April 1775. Address: 5 Aldersgate Street. Fifth mark, 28 April 1781. Moved to 70 Little Britain, 13 November 1788. His work alone or jointly is of elegant neo-Classical design and fine finish, particularly his epergnes. He enters into partnership with Orlando Jackson on 17th March 1774 and is based at 33 Aldersgate Street. Orlando Jackson has no record of apprenticeship or freedom however his first mark is entered in 1759. As well as James Young, he is also in partnership with Thomas Bumfriss from 1766 at Little Trinity Lane, Queenshithe. His mark is mostly found in partnership with James Young on eperngnes. 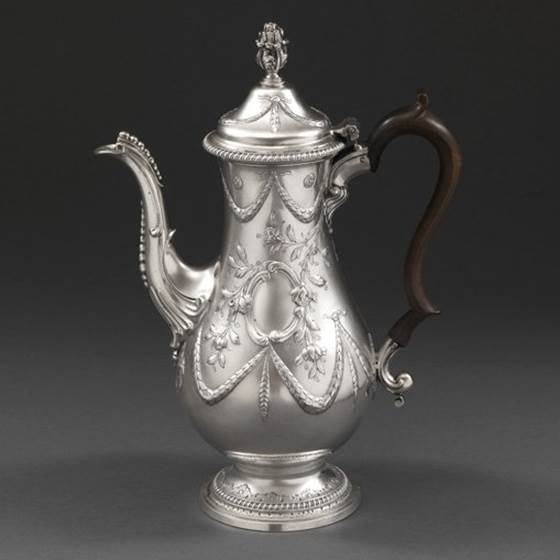