Fréderic Boucheron (1830-1902) opened his first jewellery store in 1858 in the gallery Valois in the Palais Royal in Paris, and in 1866, his own workshop, employing talented silversmiths such as Charles Glachant. In 1867, Paul Legrand (1840-1910) joins the firm as workshop manager. The new pieces created by this duo admired at the Paris 1867 Exposition Universelle, earned Boucheron a Gold medal. The innovative spirit of the firm was from then on rewarded at the following Expositions Universelles, especially the 1878 when the Jury awarded Boucheron a Grand Prix for the Japonist style pieces. 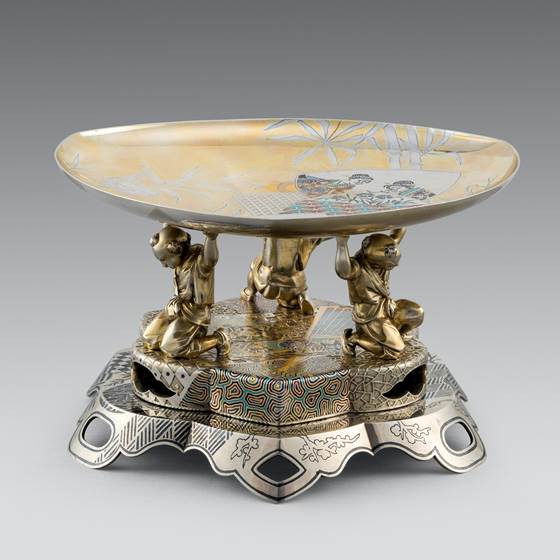