Hawksley trained as a silversmith at the Royal College of Art and became known for his crisp, modern designs, including silverware for Wolfson College, Oxford. Much of Hawksley’s work was inspired by the pioneering silverware of Danish designer Georg Jensen. He trained at Maidstone School of Art and later at the Royal College of Art. In 1951 he exhibited at The Festival of Britain for Goldsmiths’ Hall. Later he taught silversmithing in Birmingham and Oxford. The Oxford colleges – in particular Wolfson College – commissioned silver pieces from him. 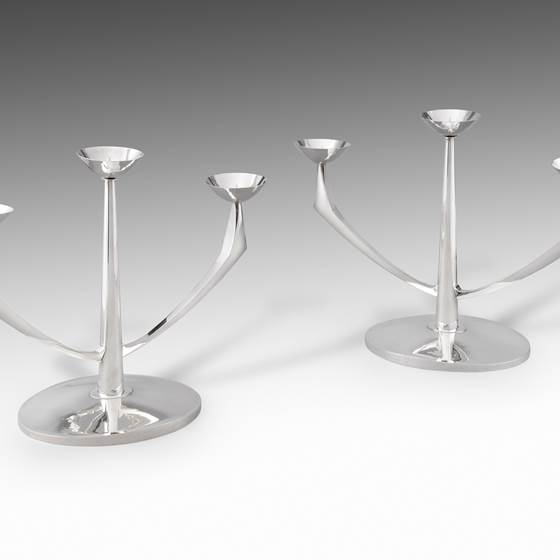 A Pair of Modern Candelabra