Ian Calvert aged 13 he attended the Gravesend School of Art. He became apprenticed to RE Stone in 1954 and attended evening classes for design at the Central School of Arts and Crafts. In 1957 he attended the 'Skills Olympics' in Madrid and won first prize in his category for silversmithing. After National Service, he returned to Stone's, but later took a position at Wakely and Wheeler. In the early 1960s, Tony Laws and Ronald Stevens, two students from his Gravesend days, who had just graduated from the Royal College of Art, approached him. They had established a workshop in central London and asked Ian to make-up their work. Later joined by Keith Redfern, the four established the Silver Workshop Limited a design and manufacturing company. This continued until 1972 when everyone went their separate ways. Calvert established his own business; being a superb craftsman, this was very successful. As well as making, he undertakes some design work. His son joined him from 1999-2011. 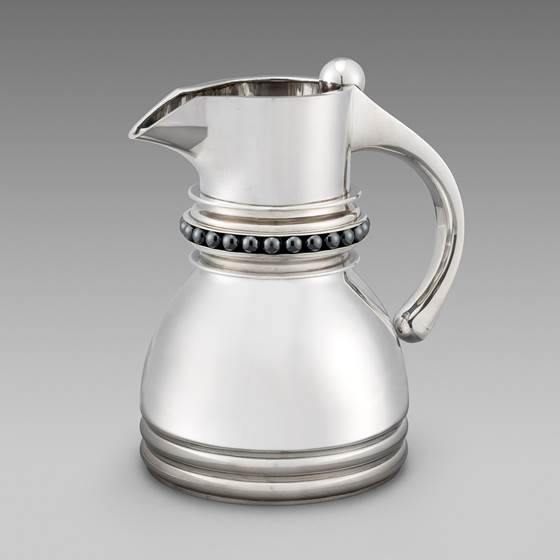