Artefacts from classical antiquity have always fascinated man. In the 18th century this fascination grew ever stronger. A movement coined neo-classicism spread through the arts, literature, theatre, music and architecture.  One of the reason Neo-classicism rose to prominence was because of the establishment of formal archaeology and excavations. From 1730s onwards towns such as Pompeii and Herculaneum were turned into archaeological sites. 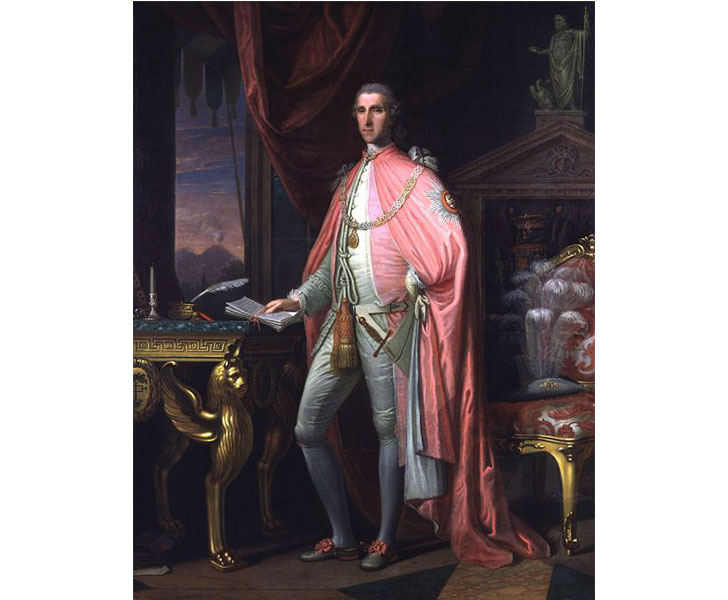 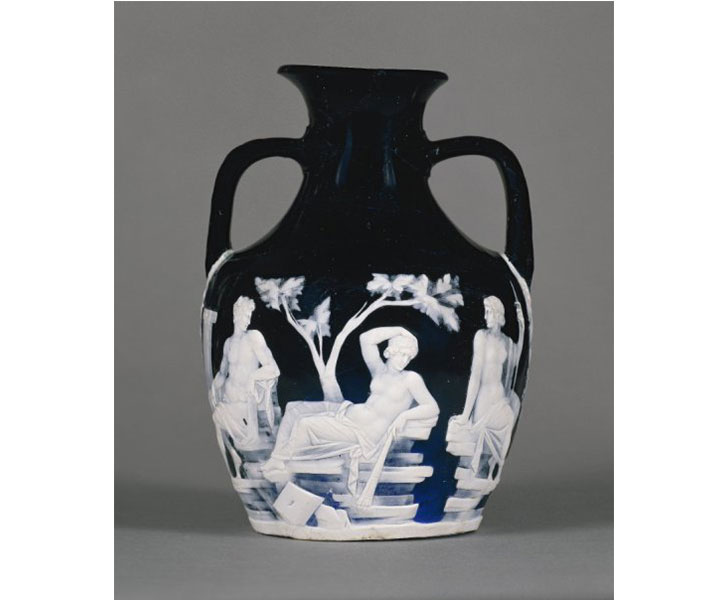 The Portland Vase, Roman Circa. AD 1-AD 25. Courtesy of The British Museum.


The Portland Vase was supposedly excavated back in 1582 discovered by Fabrizio Lazzaro in the sarcophagus of the Emperor Alexander Severus at Monte del Grano near Rome. The Portland Vase is a Roman cameo violet-blue glass vase dated between AD 1 and AD 25. Surrounded by a single continuous white glass cameo depicting seven figures with a large snake with two bearded and horned heads below the handles. The figures around the sides of the vase are thought to depict the story of the marriage of Peleus and Thetis (D. E. L. Haynes, The Portland Vase, 1975, pp. 16-20) although there have been many interpretations of the figures.  The vase was first recorded in 1601 by the French scholar Nicolas Claude Fabri de Peiresc to the painter Peter Paul Rubens. Within the letter it stated that the Portland Vase was in the collection of Cardinal Francesco Maria del Monte in Italy. The dark blue glass Portland Vase is now thought to be the upper section of a taller amphora-shaped vessel the bottom of which must have been broken off and the circular unrelated disc inserted at a later date.  It changed hands on a number of occasions until in about 1780 it was acquired by the antiquarian James Byres in Rome. He in turn sold it to Sir William Hamilton, British Ambassador to the Court of Naples, who was also to purchase the Warwick Vase, who brought it to London in 1783. 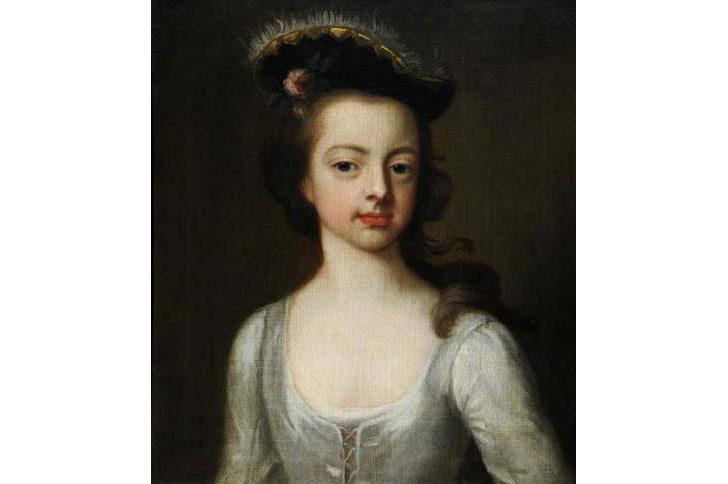 He sold it in the following year for 1,800 guineas to the Dowager Duchess of Portland for her museum of natural and artificial curiosities. On her death in 1785 it was acquired at auction by William, 3rd Duke of Portland and in 1810 was deposited at the British Museum for safekeeping by 4th Duke of Portland. In 1845 it was smashed into over two hundred pieces by William Lloyd although it was successfully restored. It was finally acquired by the British Museum in 1945.  Despite its great beauty the form did not lend itself to adaptation to a number of purposes in the same way as the ubiquitous Warwick Vase. Only a few of the vases which were fitted as wine coolers were produced by the Rundell between 1820 and 1824. The upper section could be removed to allow a bottle to be placed in the bowl; the vase can be inverted without any water leaking out. The Duke lent the vase to Josiah Wedgwood who spent four years trying to duplicate the vase in black and whit jasper ware. 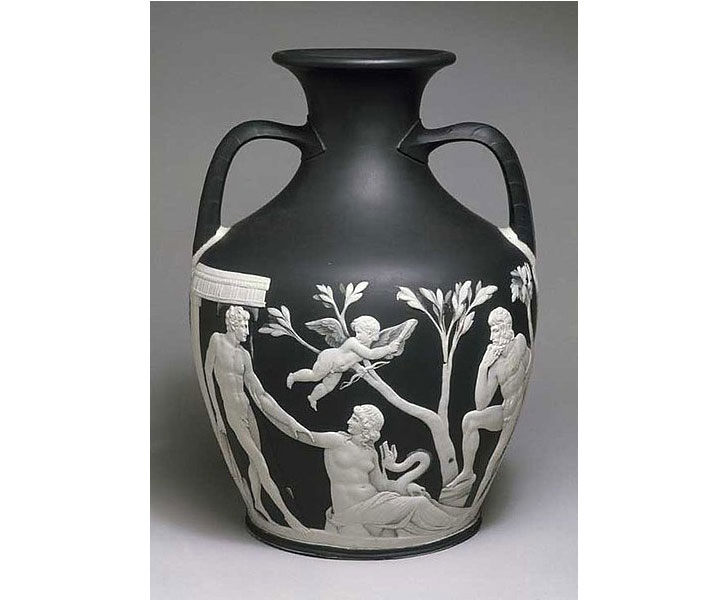 At Koopman Rare Art we have for sale a silver Portland Vase made by John Samuel Hunt. Hunt had assisted Storr from the start of his career in 1819.   The silver vessel is a technical masterpiece and a wonderfully satisfying object with great subtleties in the textures and finish of the surfaces. The vase is an important piece of silver as it encapsulates the importance of classical antiquity and the influences it had on craftsman. The vase was made in 1846 and is inscribed to the rim ‘Presented by Lady Caroline Lascelles to James N. Merrinan, 2nd July 1851’. 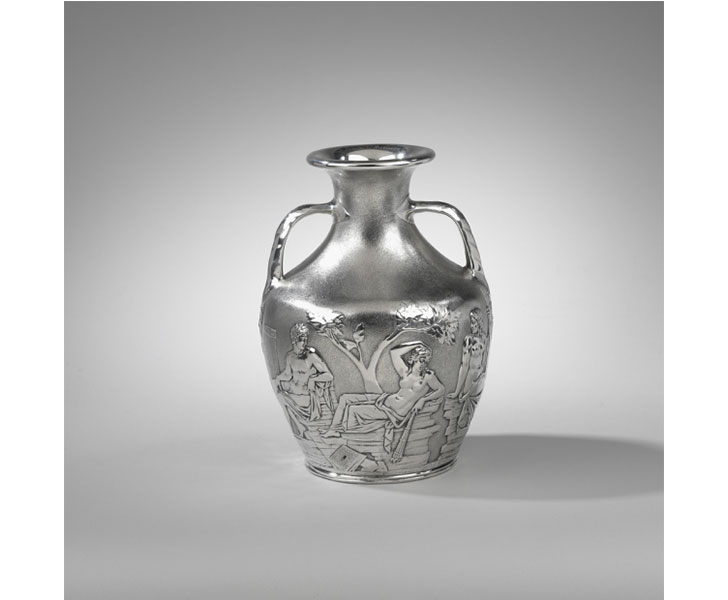