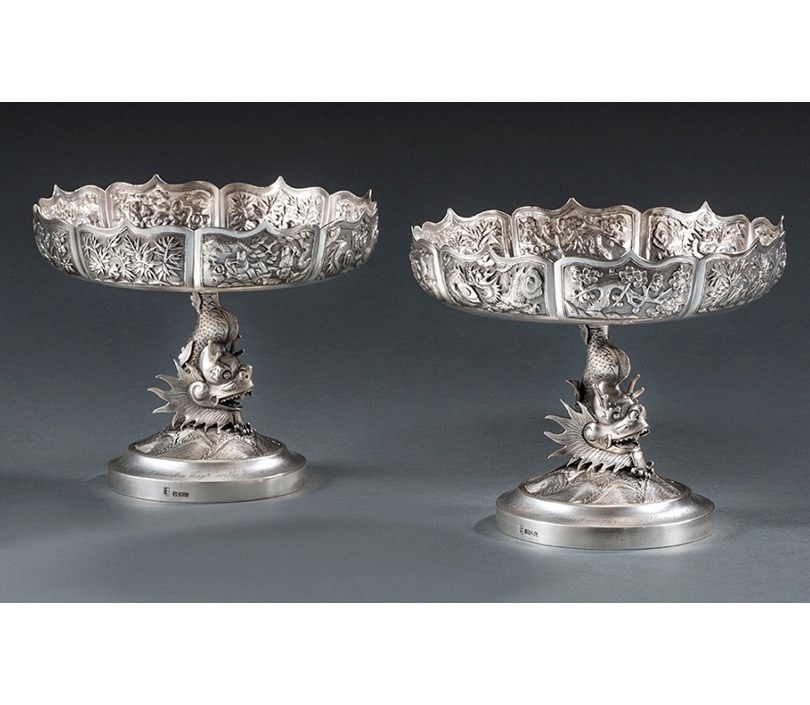 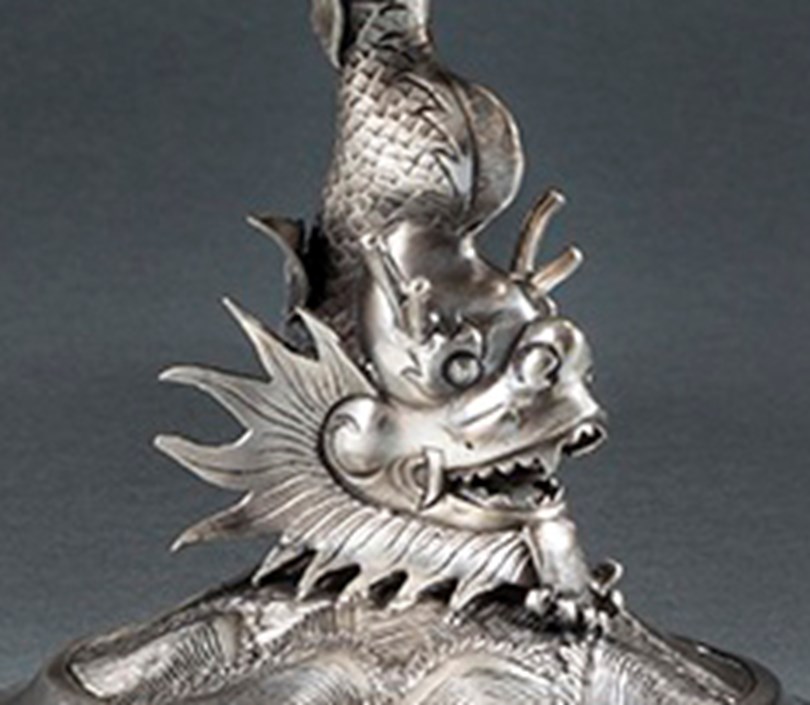 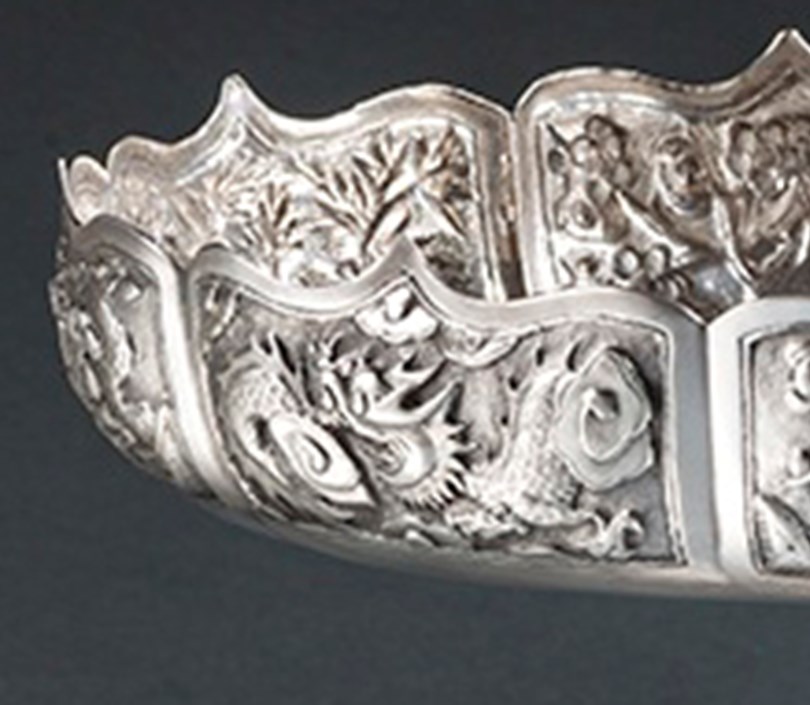 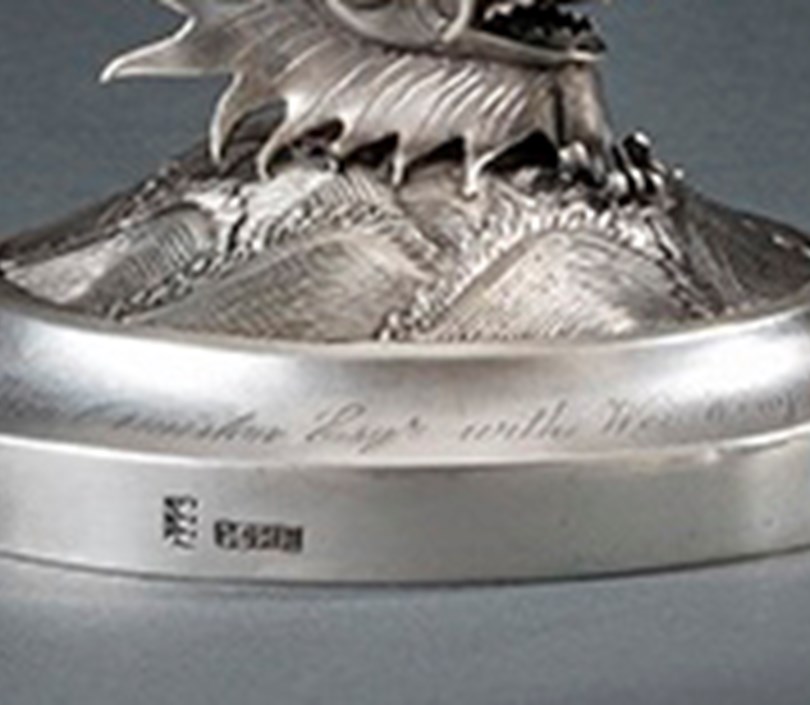 The lotus-leaf shallow top embossed with a variety of motifs to include figures in a landscape, dragons, blossoming trees, birds perching on bamboo canes. Supported by a pedestal with stem in the shape of a dragon and round base with waves motif. Engraved inscription 'Presented to Evan Ormiston Esq. with Wei Wing Lock's best wishes Hong Kong 7th October 1903'. Evan Ormiston, was a banker and managed the Mercantile Bank of India – a bank begun in 1855 by his father Walter Ormistion [of Scottish decent] in Singapore. He lived at ‘Derrington’, Peak Road. He was a Petitioner for the formation of a masonic Lodge, the University Lodge of Hong Kong No.3666, in 1913.

Wang Hing & Co was base at Zetland House, 10 Queen’s Road, Hong Kong 1 Sai Hing Street, Canton & ShangHai circa 1854-1941. Wang Hing was probably responsible for producing more Chinese Export Silver than any other Chinese retail silversmith. The company was also one of the first to establish a large retail emporium that grew to sell a wide variety of luxury goods. Wang Hing & Co begun just after the 1842 Treaty of Nanking by the Lo Family who lived in Xiguan with Shameen Island in Canton where the 13 Hongs had been situated. In the late 1860’s, the eldest son Lo Kit Ping took the helm. It wasn’t until the early 1920’s that a purpose-built flagship store was decided to be built on the Queen’s Road, Hong Kong. This store was run by Lo Hung Tong. The Lo family members insisted on designing and overseeing the quality of every item of silver that was made for them and it was from their Hong Kong emporium they fast established the reputation as the place to go to order bespoke trophies and commemorative items that became part of the thriving men’s clubs and sporting clubs that became synonymous with Hong Kong. 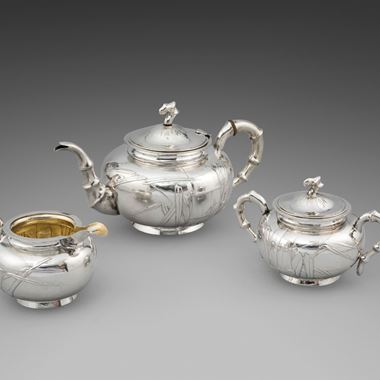