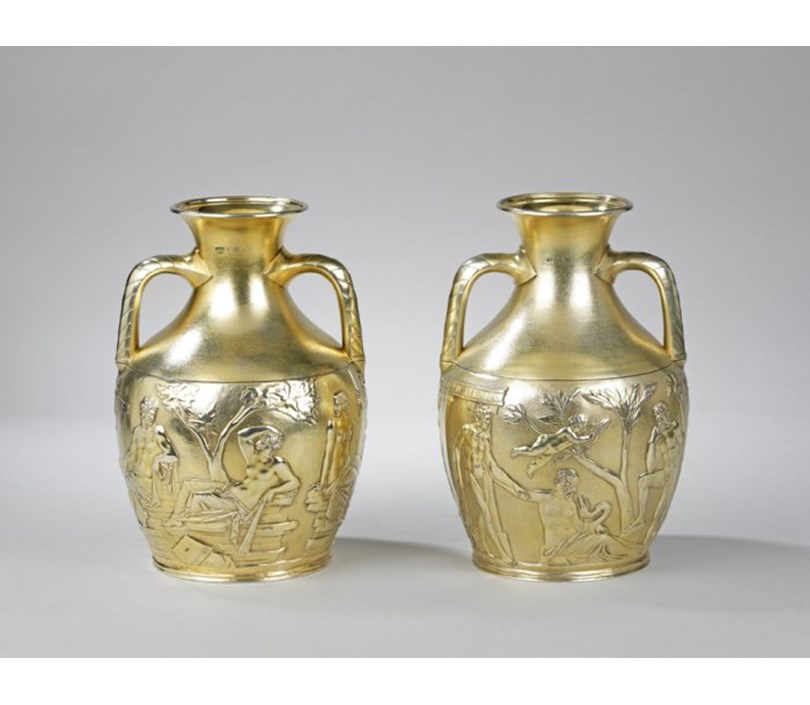 Modelled on the Portland Vase, the famous Roman glass vessel located in the British Museum, as a two-handled vase cast and chased around the sides with classical figures, the roundel on the base contains the classical profile of a young man wearing a Phrygian cap. The upper section is attached to the body with a bayonet fitting, with an inner liner.

Only a few of the vases which were fitted as wine coolers were produced by the firm between 1820 and 1824. The upper section could be removed to allow a bottle to be placed in the bowl; the vase can be inverted without any water leaking out.
The figures around the sides of the vase are thought to depict the story of the marriage of Peleus and Thetis (D.E. L. Haynes, The Portland Vase, 1975, pp. 16-20) although there have been many interpretations of the figures and the disc in the base probably depicts Paris.

It is not known when the dark blue glass Portland vase was first discovered but the first record of it was in the collections of Cardinal Francesco Maria del Monte (1549-1627). It changed hands on a number of occasions until about 1780 when it was acquired by the antiquarian James Byres in Rome. 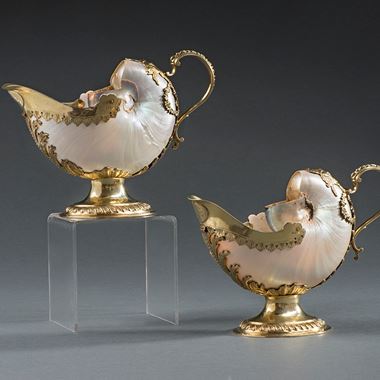 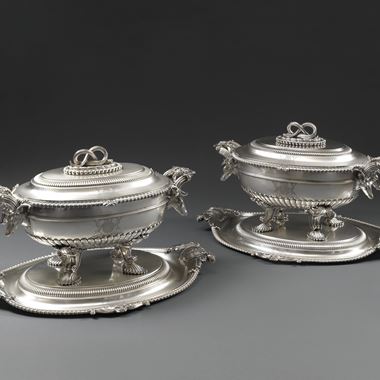 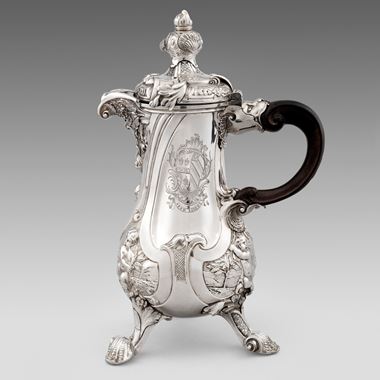 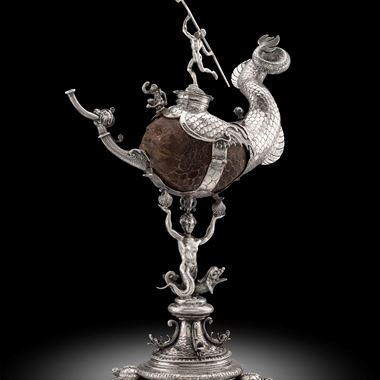