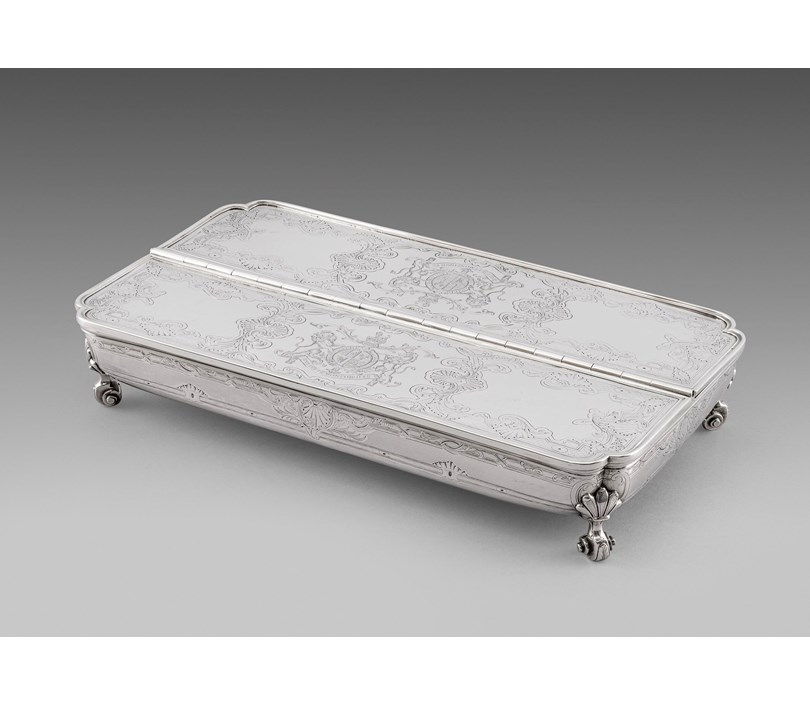 Interior divided into two compartments, hinged at the centre, one side with an open well flanked by a pair of pots, the other side empty. The hinged lid stamped with Royal Arms of Great Britain, France, Ireland, Hanover, and Brunswick (1714-1801).

This inkstand would most likey have been an amdassadorial gift as it bears the royal arms of George III. It is in the style of the famous Walpole instand made by the great Paul De Lamerie earlier in the same century

William Pitts was a London silversmith who was apprenticed to his father Thomas Pitts I, Citizen and Goldsmith, 1769. William was made free in 1784 and entered his first mark as a plateworker in 1781. He later entered his second mark in 1786 and then his third mark in 1791, in partnership with Joseph Preedy. Pitts specialised, both by himself and in partnership with Preedy, in the production of fine quality epergnes, dessert baskets, and stands. 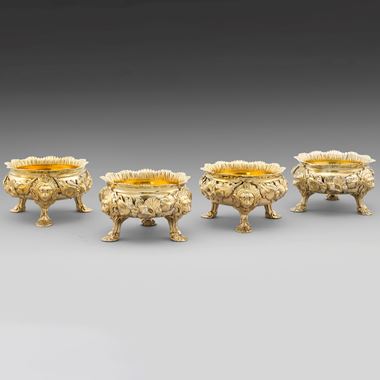 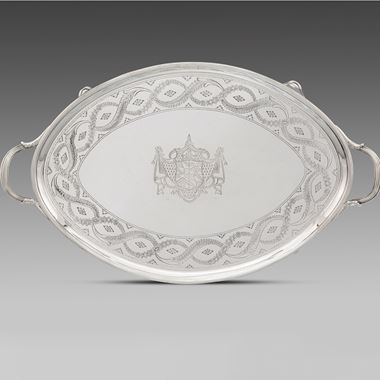 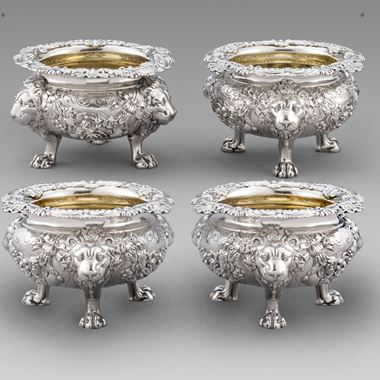