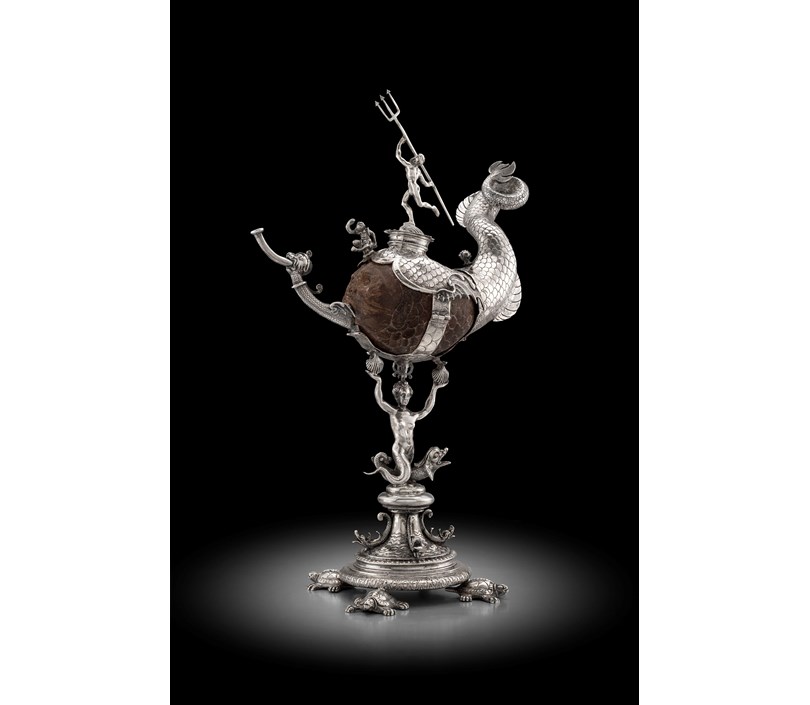 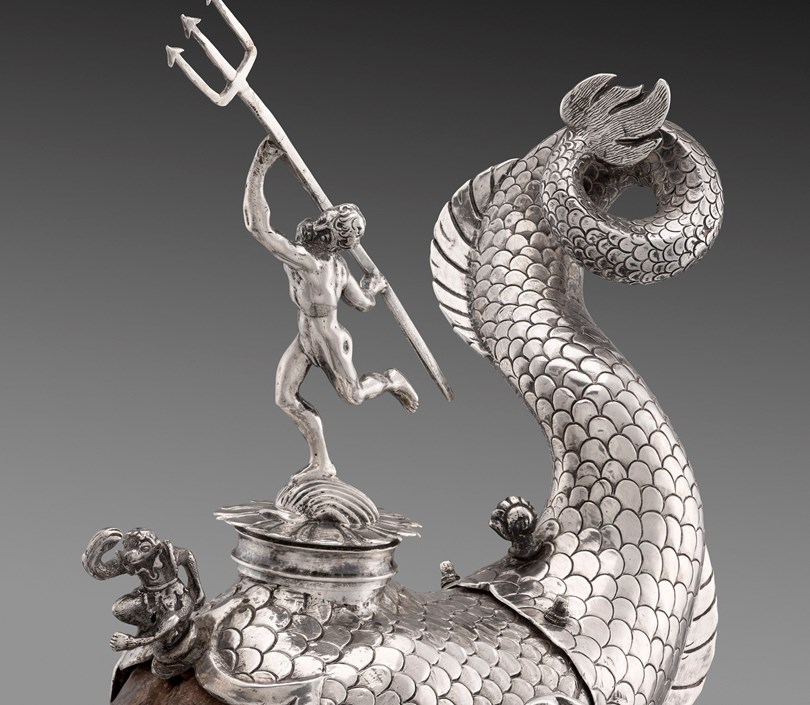 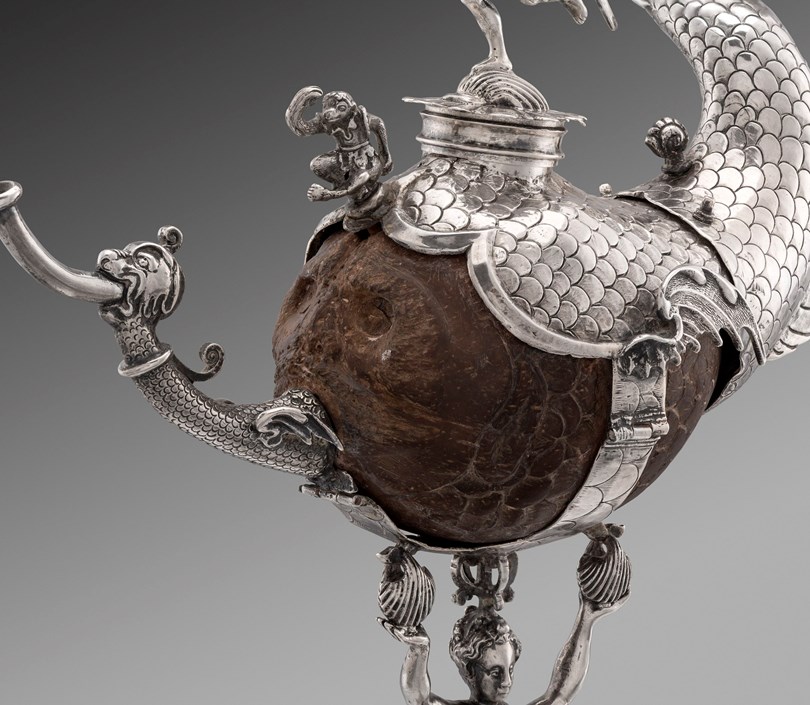 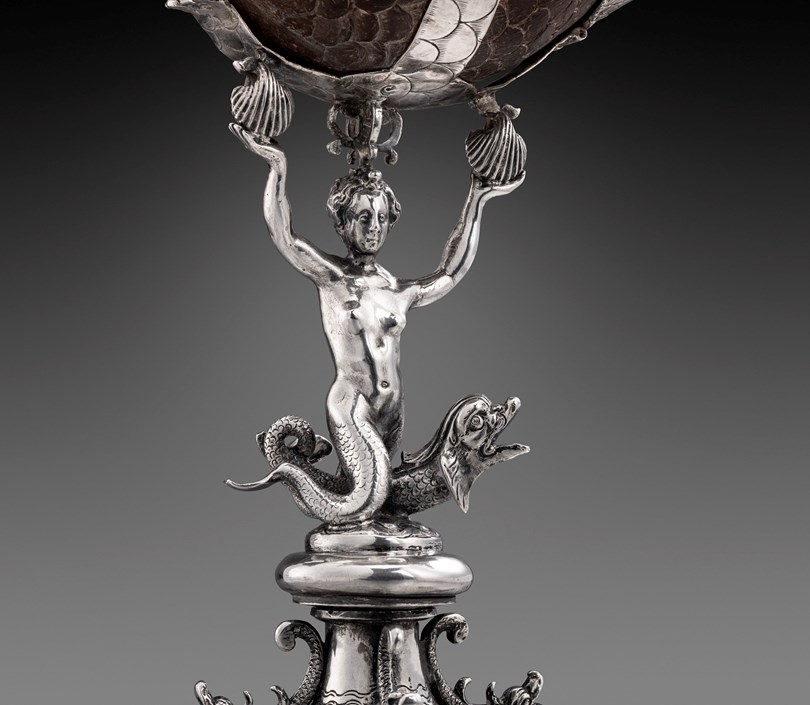 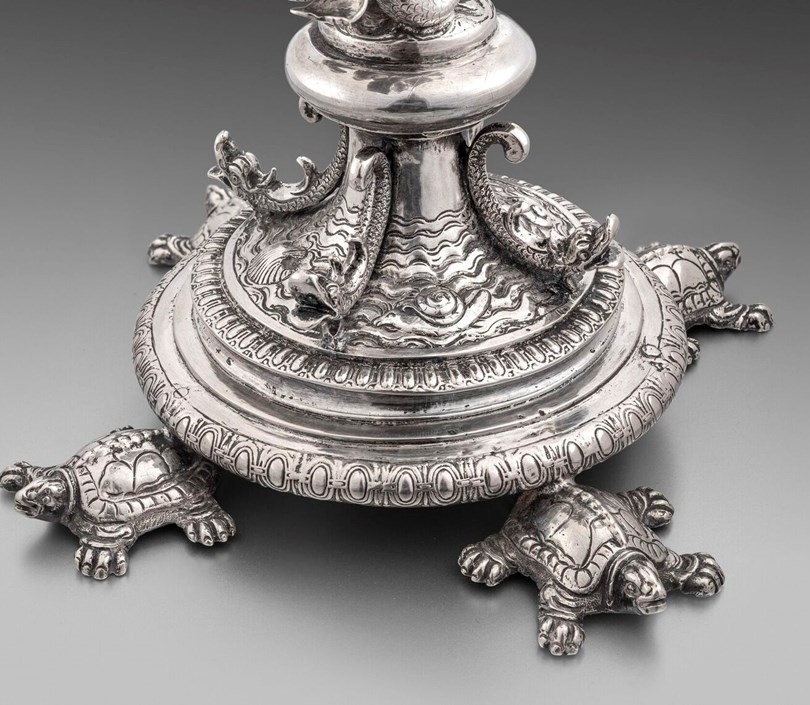 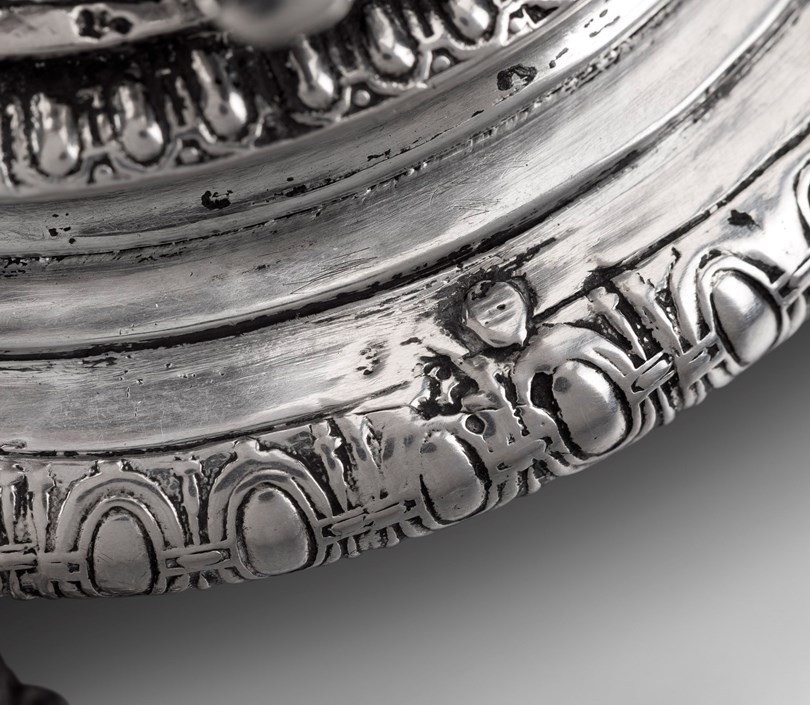 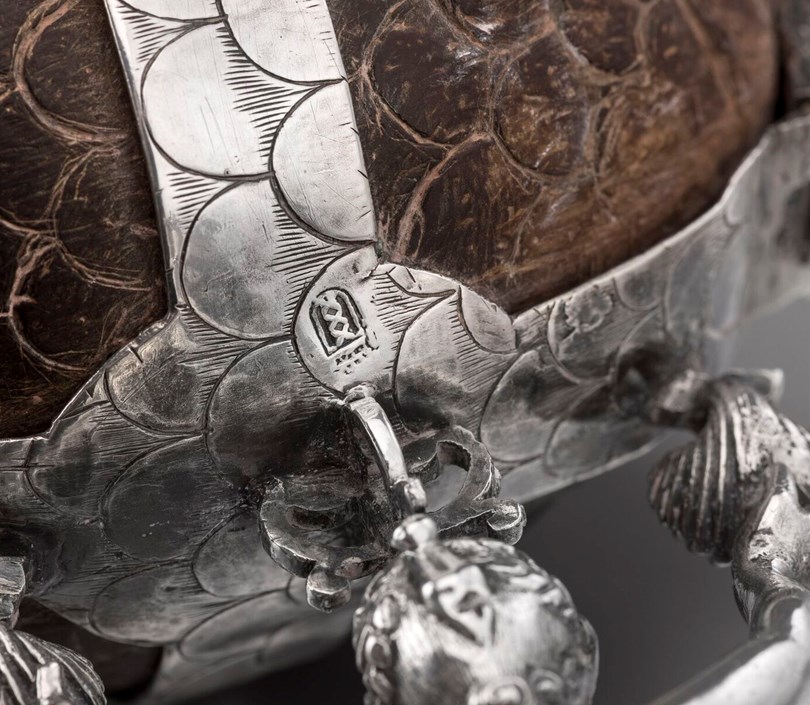 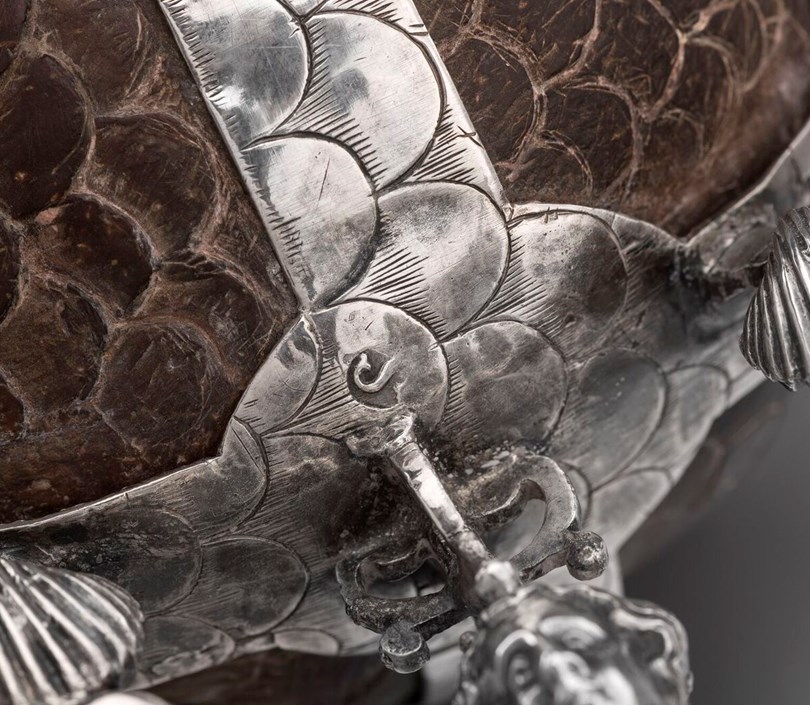 The circular base resting on four turtles, with dolphins and shells. The stem shaped as a siren on a dolphin holding shells, the coconut shell body shaped as a fish, the spout cast as a monkey's head, the finial shaped as Neptune.

He was a registered silversmith and coat of arms maker and in 1579 became an apprentice to the goldsmith Hans Muncx in Antwerp. His hallmark appears on a polished belt hook belonging to the city of Weesp. His uncle Simon Simons and his brother Wouter, both goldsmiths, were witnesses at his marriage. He is a half-brother of Loef Frederiks, father of Simon Valckenaer, and uncle of Simon Wouters, who are all recorded as Amsterdam silversmiths. He inherited his father's house, De Gouden Ketting, in Warmoesstraat and was warden of the goldsmiths’ guild thirteen times between 1599 and 1625. The attribution of his hallmark is based on its similarity with that of his son.

According to the family tradition this Cup was given by Anne-Louis-Alexandre de Montmorency, 7th Prince of Robecq (1724-1812) at the time of the French Revolution to the Pessey family as a token of his gratitude.
The Prince de Robecq played an important role as was Lieutenant General of the King’s Armies and Commander-in-Chief in Flanders, Hainaut and Cambrésis.
His titles included Marquis de Morbecque, Earl of Estaires, Viscount d'Aire, Knight of the Order of the Holy Spirit, Knight of St. Louis, Camp Marshal. He married in 1745 with Anne de Montmorency-Luxembourg. During the French Revolution, the Prince went into exile and became Commander-in-Chief of the King armies in Flanders. His properties in France were confiscated.
His castle, Cany Barville, between Dieppe and Etretat, was bought by his administrator, Mr Pessey. After the Revolution, the Prince came back to his castle. His administrator declared that he had bought the castle to give it back to the Prince. In recognition of this, the Prince, when he died without heir in 1812, bequeathed his furniture and works of art to Mr Pessey and the castle to the city of Cany Barville.
This cup part of the bequeathed works of art remained in the Pessey family until the present day. 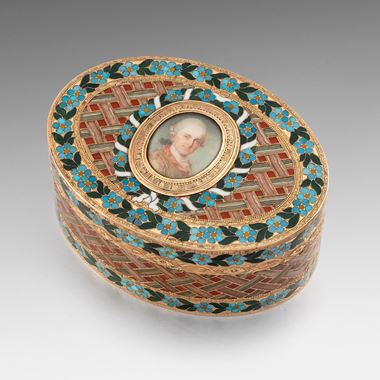 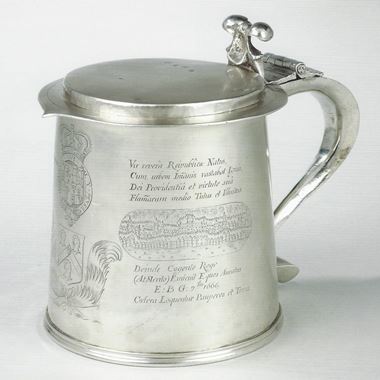 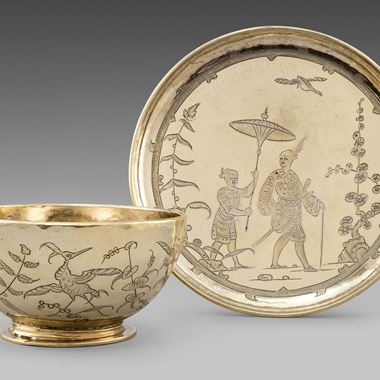 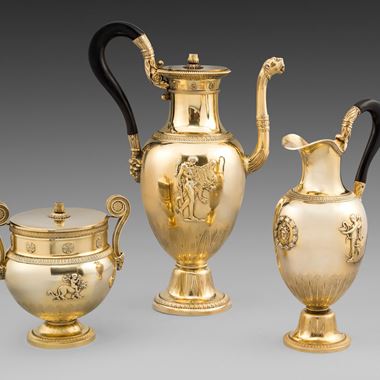