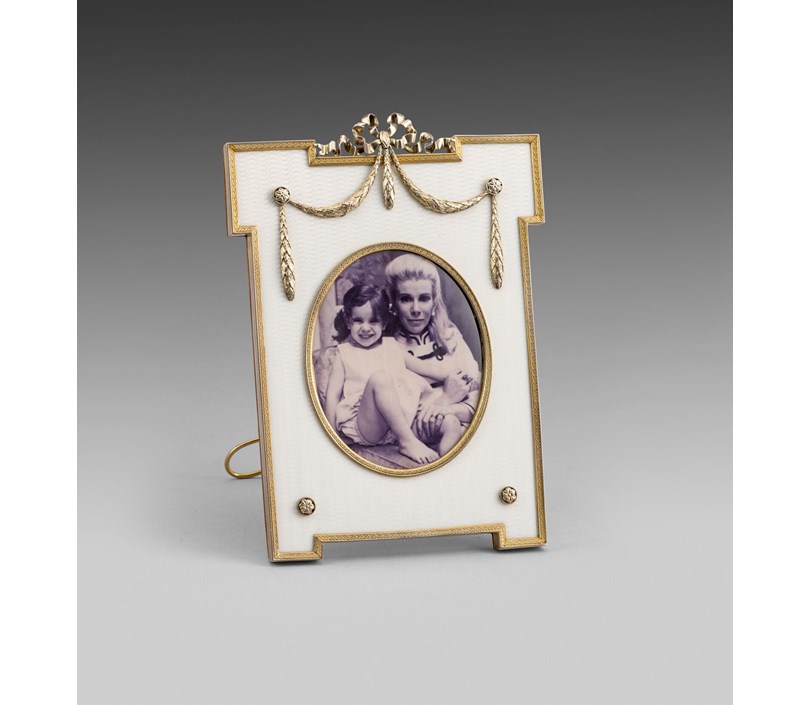 Peter Carl Fabergé was a descendent from French Huguenots, born 1846 to Gustav Fabergé, a goldsmith and jeweller himself. Peter Carl was educated in the Gymnasium Svetaya Anna, in the Handelschule at Dresden, and served an apprenticeship with the goldsmith Friedmann in Frankfurt. Returning to St Petersburg after his Grand Tour, in 1870 Peter took control of his father’s shop at the age of twenty-four together with his brother Agathon – he quickly transformed the firm into an international phenomenon.

After Alexander III came to the throne, the house of Fabergé was appointed goldsmiths and jewellers to the Imperial court, around 1884. This appointment entailed an annual commission to the Czar’s person, with no restrictions to subject matter or price. In the case of Alexander III and Nicolas II, these annual consignments were the Easter eggs, now considered the pinnacles of the goldsmiths’ art. Though it is important to note that the house of Fabergé had been growing rapidly even before imperial patronage.

In 1900, at the Exposition Internationale Universelle in Paris, Fabergé achieved momentous international success though contrastingly its headquarters in St Petersburg was quite reticent and sedate – the shop itself had not showroom or window displays; jewels emerging only at the request of customers. The success of the firm however soon proceeded itself and branches were opened forthwith. Concentrating on silverware of all manner, the firm branch to be established was in Moscow in 1887 in partnership with Englishman Allan Bowe. Among others, the last of the branches to be fully installed was set up in London in 1906. This foothold in England served as a commercial portal for Fabergé to further riches sought in the British Empire, this connection ultimately effected a fresh development in Fabergé’s style.

The Fabergé workshops functioned as a collective of specialised contributions made by assorted skilled craftsmen, bringing about its final products through the interplay of the company’s total energies. Though some may consider this method of working impersonal, the resultant articles were closer to the public, to nationalistic ideology, and to the artistic tastes and movements of the times. As the head of the company, Peter Carl Fabergé confined himself almost entirely to designing.

Informed by various stylistic sources and his own sense of taste, over time Peter Carl Fabergé had developed a highly personal yet official style well suited to his patrons. As a businessman, he did not shy from compromise when it came to meeting the inclinations of his clients and despite this strong conception of style that he had formed. The genius of Fabergé wares lay in their ability to use and transform native stones and materials into decadent objects in a more design-led creative process. 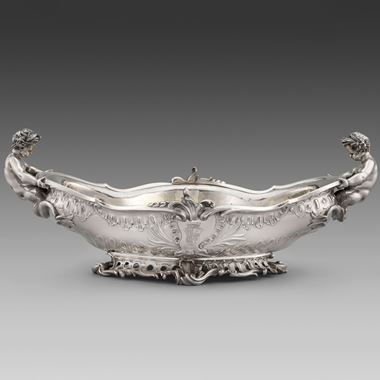 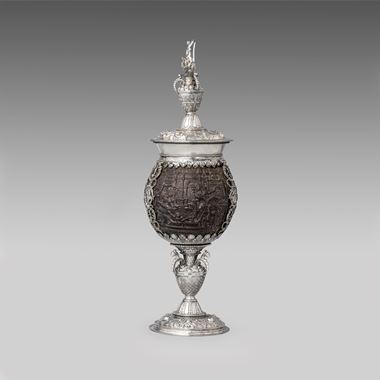 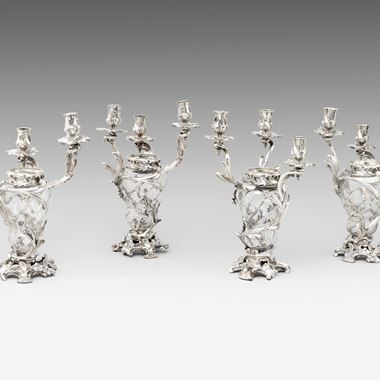 A Set of Four French Silver-Mounted Cut-Glass candelabra, Paris circa 1890