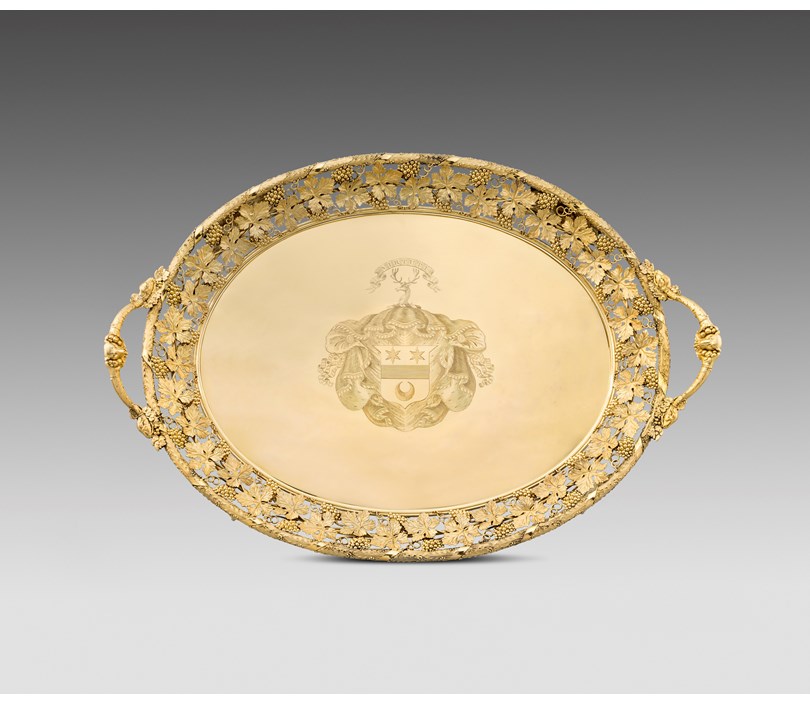 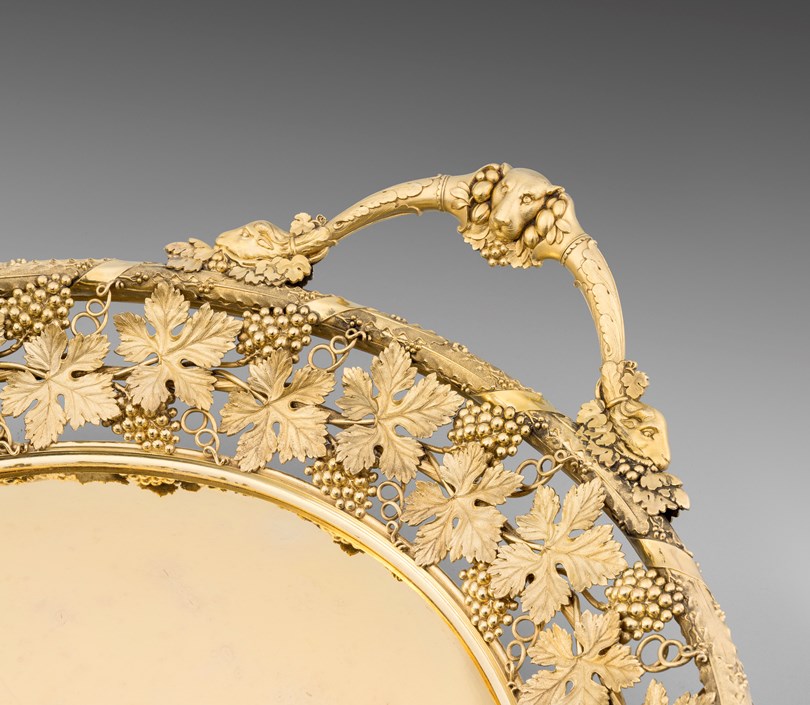 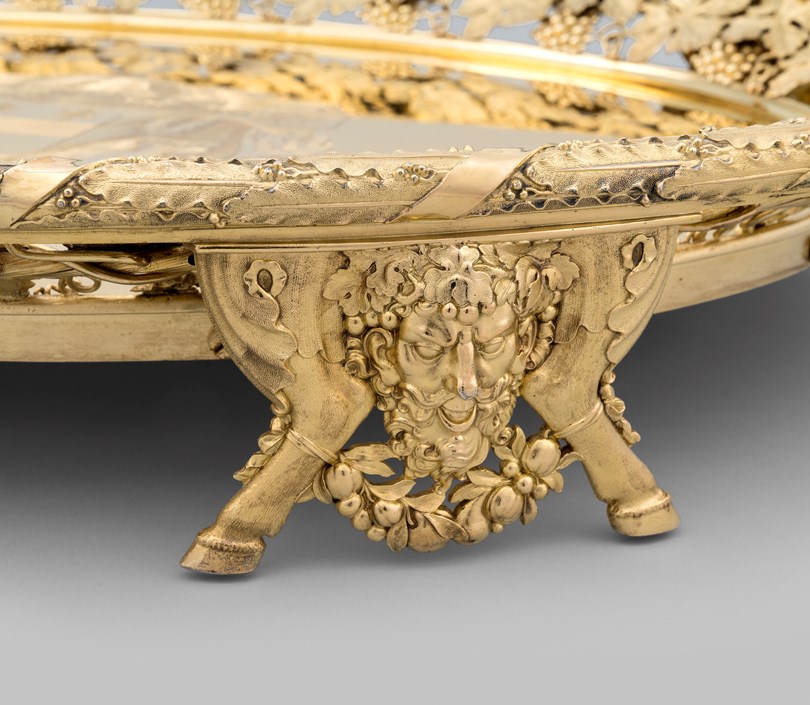 Engraver: Walter Jackson.
The arms are those of Dick.

A fine George III silver-gilt two-handled oval tray engraved with armorials on a drapery mantle, the wide border being formed as an openwork grapevine retained by a rim of ribbon-bound berried foliage. The handles are formed as twin cornucopias rising from ram heads and conjoined by lioness heads. It rests on four feet formed as satyr masks between satyr legs festooned with fruit and emerging from leaves. It is marked on base and rim, both being stamped with the Latin signature of Rundell, Bridge and Rundell 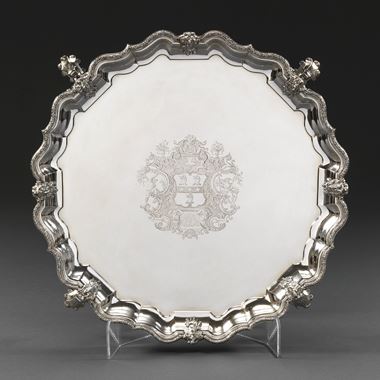 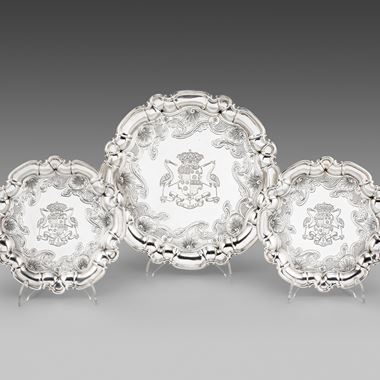 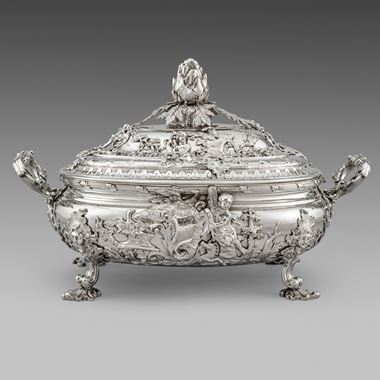 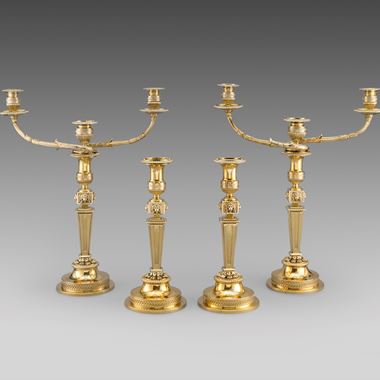