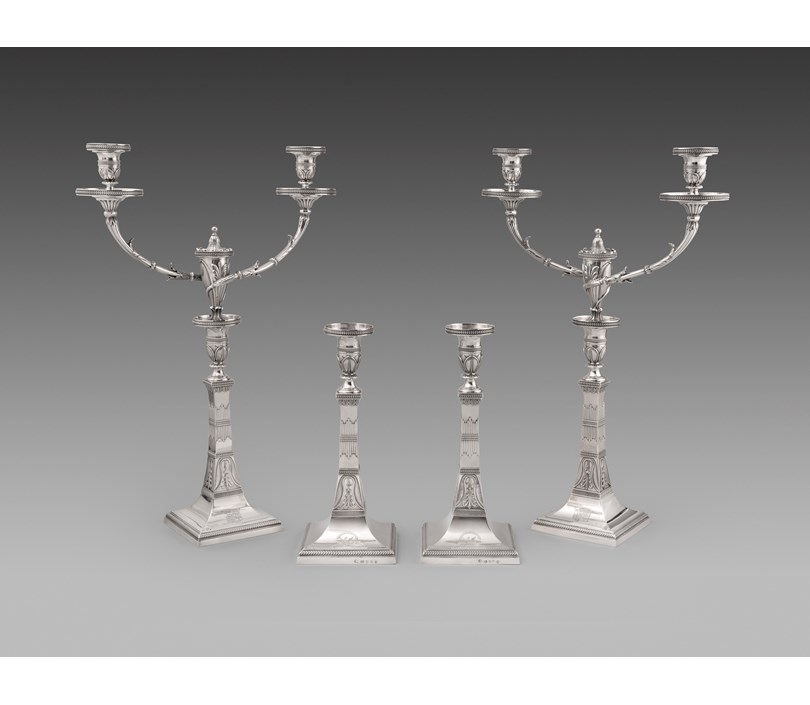 The candlesticks and candelabra of tapered square form, decorated with bands of palm and anthemion, the centres with rod clusters, running leaf-tip borders, the swirled fluted branches partly wrapped with leaves, removable central finials formed as petal-chased caps, engraved throughout with arms, crest and mottos.

The arms are those of Borough quartering Alt with Smythson in pretence, for Thomas Borough of Castlefield, co. Derby, barrister at law of the Middle Temple, and his wife, married 1788, Jane, only daughter of William Smythson of Ledstone Park, Ferrybridge, co. York. The family moved from Castlefield to Chetwynd Park in 1803.


Although widely known as Schofield, both the clerk's entry and signature of this maker are as above. No record of apprenticeship or freedom, which for a maker who occupied such a prominent position in the plateworking of the late part of the century is tantalizing. First mark entered as plateworker, in partnership with Robert Jones, 10 February 1776. Address: 40 Bartholomew Close. Second mark alone, 13 January 1778. Address: 29 Bell Yard, Temple Bar. Third mark, 1st October 1787. Heal records his always as Schofield, with all the above addresses and dates, and with 1796 as later date for Bell Yard. He also records Robert and John Scofield, 1772-6, for which see under Schofield (above).
In his candlesticks and candelabra Schofield displays a high degree of elegant design executed with impeccable craftmanship, which rivals at best the contemporary French goldsmith Henri Auguste. It was perhaps the restrained taste of the period that prevented Scofield from displaying a virtuosity which might well have given him a reputation equal with Lamerie or Storr. No one could mount glass better, as is shown by his cruet in the Rotch Collection (Victoria and Albert Museum). It seems likely that he worked for Jeffreys, Jones and Gilbert, the then Royal goldsmiths, and that he may have had considerable commissions for Carlton House. 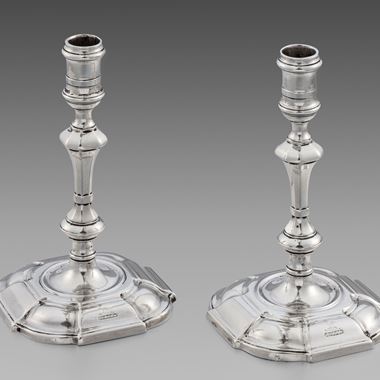 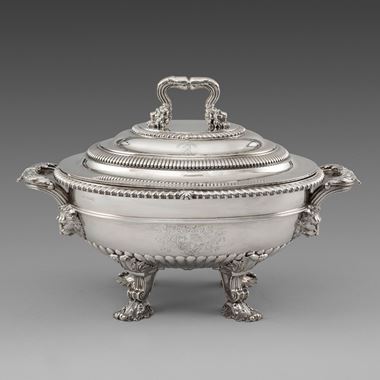 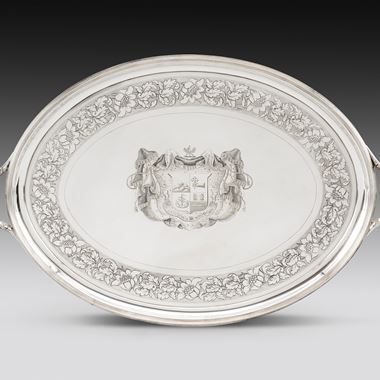 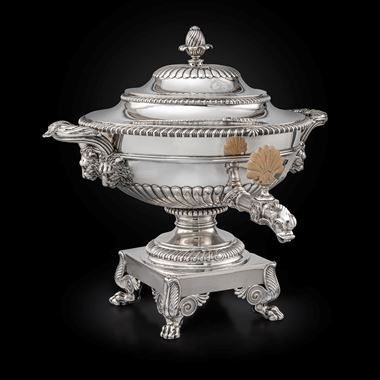